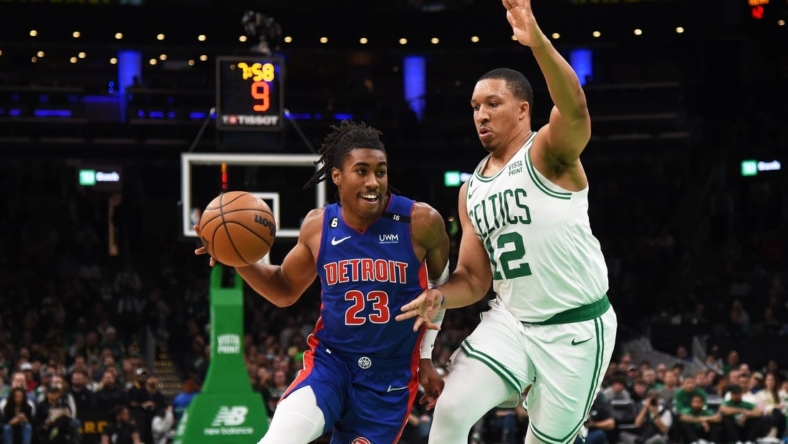 Jayson Tatum poured in 43 points and grabbed 10 rebounds, and the visiting Boston Celtics extended their winning streak to six games by downing the Detroit Pistons 117-108 on Saturday night.

Tatum made half of his 28 shot attempts, including seven 3-pointers, and went 8-for-10 from the free-throw line.

Detroit’s Cade Cunningham sat out for the second consecutive game with left shin soreness. The team’s leading scorer will miss at least two more games, the team announced prior to the game.

It was the second Celtics victory over the Pistons in four nights. Boston recorded a 128-112 home win over Detroit on Wednesday.

Neither team led by more than seven points in the first half, which ended with the Pistons leading 57-55. Bogdanovic led them with 15 points while Tatum had the same amount for the Celtics.

Detroit was still clinging to a slim lead until Boston went on a 13-4 run in the last 4:03 of the third for an 89-81 advantage. Williams finished off that spurt with a 3-pointer. Tatum doubled his first-half point total to reach the 30-point mark.

Tatum drained a jumper with 8:27 left to provide the first double-digit lead of the game at 98-87.

Tatum fired in 3-pointers on back-to-back possessions for a 106-97 lead. Smart then had a steal and layup to re-establish a double-digit lead.