Celtics vs Heat: Jayson Tatum and Jaylen Brown have a career-defining opportunity in Game 5 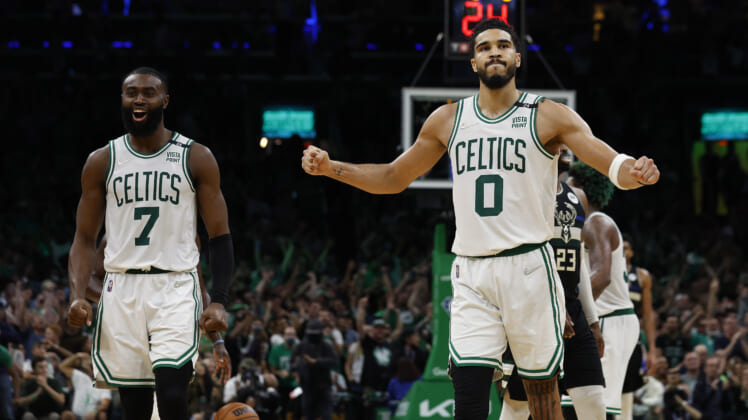 Boston Celtics All-Star combo Jayson Tatum and Jaylen Brown are on the cusp of their first birth in the NBA Finals. That is why their Game 5 matchup on Wednesday against the Miami Heat may be the first career-defining moment for what the pair hopes are many more to come.

On Monday, the Celtics absolutely smashed the Heat in Game 4 of their best-of-seven series in the NBA Eastern Conference finals. Of course, their 20-point drubbing of Jimmy Butler, and the boys, was helped by Miami’s historically poor performance on offense, but that display was also induced by the grit the C’s have shown on defense all year.

Their victory was also more evidence of the resiliency this squad has shown throughout a season that started disappointingly but ended as a showcase of their character and toughness. The last six months were a pivotal time in the maturation of Tatum and Brown, and they have delivered on their early potential as they quieted the growing doubters before this season.

In 2017, when Tatum joined his fellow third overall pick from the previous draft, there was a great deal of hope in Bean Town. They had two gifted youngsters they felt could lead them for years to come. Plus there was serious optimism in head coach Brad Stevens after two straight playoff births following a one-season rebuild.

Surely, growing pains were to be expected and the pair were not going to win a championship in year one or two, but as long as they showed continued growth, Celtics fans were willing to be patient. However, by 2020-2021, Tatum had proven to be a player with top-five capabilities and Brown was an excellent wingman. But when the team finished 36-36 in 2020-2021 and was crushed in four playoff games by the Brooklyn Nets, there was some concern. Especially after it was a major step back following a run to the Conference Finals the year before. 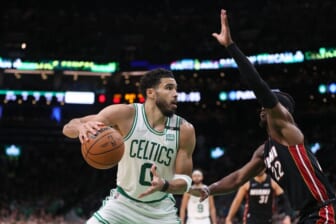 The team’s disappointing finish led to major changes in the front office and on the bench. Stevens was moved up to the executive sweet and first-time coach Ime Udoka was given the reigns to lead the bench for one of the most storied franchises in sports.

Yet, in making those changes any future failings by Jayson Tatum and Jaylen Brown in the playoffs would be all on them. Stevens and team president Danny Ainge were already used as the excuse for the previous five seasons. The question then became, could the duo deal with that new pressure as veteran players with high expectations on a franchise known for its absurd history of winning?

It seems wild to think of it now, with the Celtics two wins away from reaching the NBA finals, but there was a point in this season where it was not a sure bet that they would even make the playoffs. Let alone contend for a title. Early in January, the team’s decision to sign Udoka seemed questionable when they had a record of 18-21 on Jan. 6 after losing to the New York Knicks at home.

However, by the end of the month, the worm started to turn on a season that was getting away from them and once Feb. came to a close they were nine games over .500 and had built a reputation as a defensive force. In a league where defense seems like a waste of time to some players and teams.

While not the top seed, landing the second spot after where they were to start 2022 was impressive and a credit to Tatum and Brown — as well as players like Marcus Smart. In the first round, they were given the chance to avenge their playoff loss from the year prior when they swept the drama-filled mess that was this season’s Nets.

In the semifinals, they went to war over seven games with the defending champs and one of the best players on earth Giannis Antetokounmpo, and the Milwaukee Bucks. Coming back from being down three games to two in the series and again showing their character and resiliency. Both Tatum and Brown played pivotal anchor roles in those final two games, with the 2017 first-round pick dropping 46 to avoid elimination in Game 6.

In their series with the top seed in the conference and a defensive equal in the Heat, Tatum and Brown once again found their backs against the wall and down 2-1. Once again, they defied the odds to crush a veteran team in Game, and JT led the way with 31. 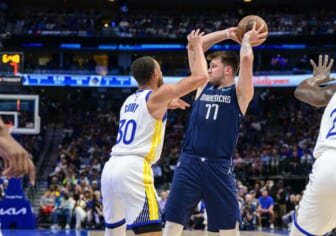 On Wednesday night Tatum and Brown have a career first opportunity. They can get the penultimate win before the biggest possible victory of their short careers and take a 3-2 lead in this series. Considering how they’ve played in 2022, and in these playoffs, as they quieted naysayers and proved their talent, it would be crazy to doubt they can have a career-defining moment in Miami.