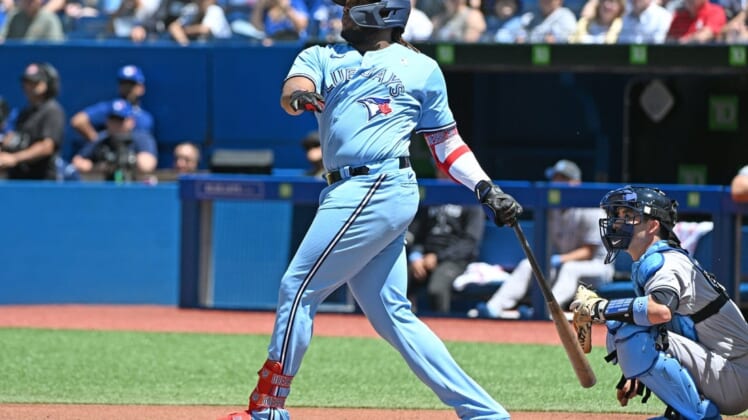 The Blue Jays overcame an 8-3 deficit to salvage the final game of the three-game series and end the Yankees’ winning streak at nine.

Gallo led off the fifth with a walk against Adam Cimber. DJ LeMahieu bunted for a single and Aaron Judge hit an RBI double. Torres hit a two-out, two-run double.

Springer hit his 13th homer of the season in the bottom of the fifth.

Max Castillo made his major-league debut in the sixth and allowed homers to his first two batters — Higashioka’s fourth of the season and Gonzalez’s first.

Severino allowed Guerrero’s single and Alejandro Kirk’s walk to start the bottom of the sixth and was replaced by Miguel Castro. Matt Chapman walked with two out to load the bases, and Gurriel hit his fourth homer of the season.

Wandy Peralta (1-1) allowed Bichette’s infield single to open the bottom of the seventh and Kirk’s one-out walk before Hernandez hit his sixth home run of the season to give Toronto a 10-8 lead.

Yimi Garcia (1-3) retired four straight batters. Tim Mayza replaced him with one out in the eighth and allowed. Pinch hitter Rizzo’s 18th homer of the season, Gonzalez had an infield single, pinch hitter Jose Trevino walked.

Jordan Romano replaced Mayza to finish the inning. Romano pitched around a walk and a single in the ninth to earn his 17th save.