Report: Jaylon Smith expected to start for Cowboys in Week 1 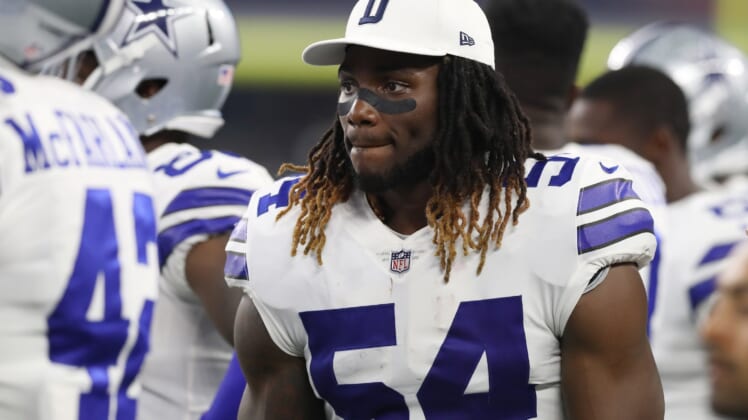 The Dallas Cowboys lost starting linebacker Anthony Hitchens for the first half of the season, but they’re gaining Jaylon Smith, who missed his rookie season to injury. The highly-prized Notre Dame project suffered a serious knee injury in his final college game and has spent the past year-plus recovering.

Now he’s set to start for the ‘Boys in Week 1, per ESPN’s Dan Graziano, and has the confidence of veteran Sean Lee.

Smith looked good during the preseason, when he got some work in with the starting unit and played somewhat sparingly. Obviously, the Cowboys feel comfortable enough with his health to get him into the action immediately this season.

Dallas needs him to play, and play well (not to mention stay healthy) to feature a strong front seven. The defense is already missing key pass rusher David Irving, who is out four games on suspension to open the season, in addition to Hitchens being out of commission.

The Cowboys open the season Sunday night at home against the New York Giants, who might be getting Odell Beckham Jr. back following a preseason ankle injury.