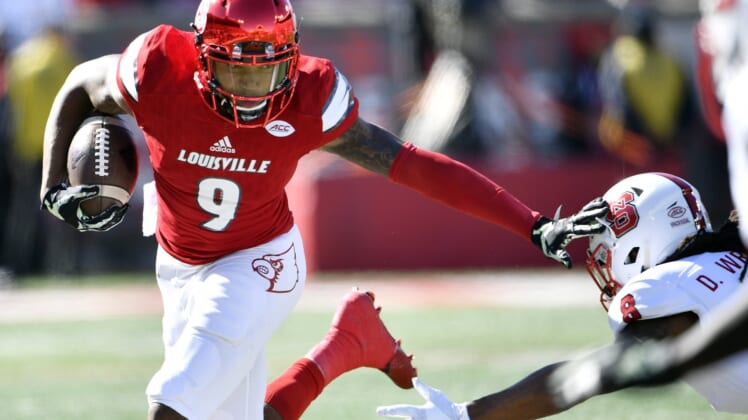 Down by one point with less than half a minute against Virginia, Louisville desperately needed a big play to avoid dropping its second game in 2016. Lamar Jackson and Jaylen Smith answered the call with a clutch 29-yard game-winning touchdown.

Watch them work their late-game magic.

The pass was on point, but the catch by Smith was even more impressive. Reaching up over his defender, the receiver hauled in his second reception of the game and perhaps the most important touchdown of the season for the Cardinals.

Losing two games would have likely sunk Louisville’s College Football Playoff hopes. Now it still has a shot at making it into the championship tourney after winning, 32-25, on Saturday.