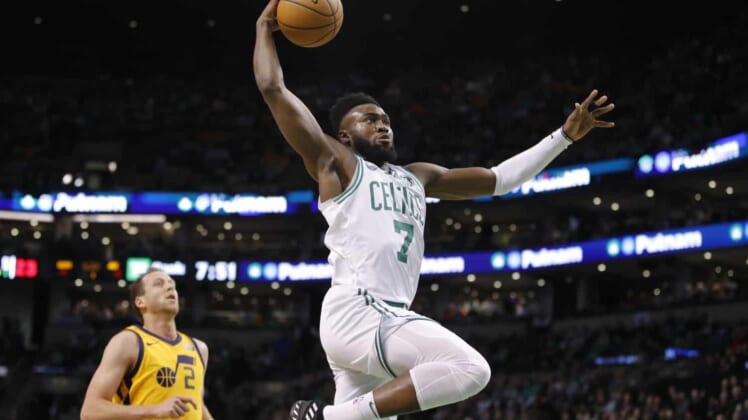 Jaylen Brown and the Boston Celtics gave LeBron James and Co. a run for their money in the Eastern Conference Finals last season, falling just short of the NBA Finals.

Now that James is out west with the Los Angeles Lakers, many believe the Celtics are the team to beat in the east.

We can certainly count Brown among that group. Looking ahead to a James-less Eastern Conference for the 2018-19 NBA season, Brown is absolutely positive he’ll help his team get to that next level.

“We’re getting to the Finals,” Brown said on the Pull Up Podcast with Portland Trail Blazers guard C.J. McCollum and Yahoo Sports insider Jordan Schultz. “No question about it.”

Boston certainly has the pieces in place to make a strong run. Both Kyrie Irving and Gordon Hayward — coming back very strong from his season-ending injury — are expected to be fully healthy for the coming season.

No doubt Boston will be challenged by the likes of Toronto, Philadelphia and Indiana. But make no mistake about it: The Celtics are the strongest team in the east now, and anything short of an NBA Finals appearance will be a disappointing result.