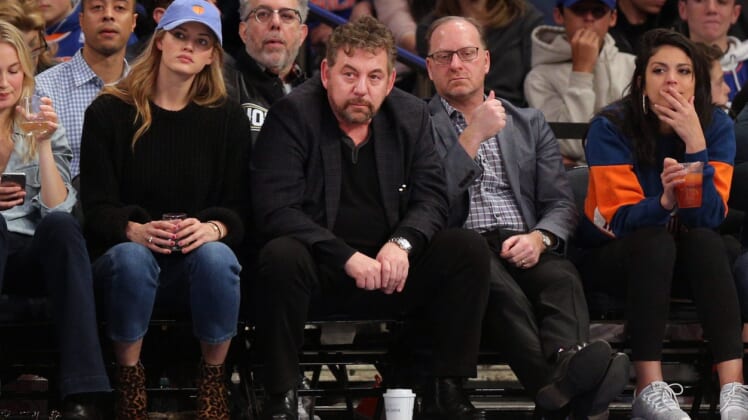 James Dolan has alienated a lot of people over the way he’s run the New York Knicks in recent years. Apparently one of those people is ESPN analyst Jay Williams, who isn’t sure he’d like to see Zion Williamson land in the Big Apple for fear of Dolan’s influence.

Speaking with TMZ Sports, Williams said, “I live in New York City, so obviously everybody wants the answer to be New York. But, I don’t know if I trust James Dolan enough with that yet.”

As for where he’d like to see Williamson next season, Williams is eyeing a Trae Young-Zion Williamson duo in Atlanta: “It would be kind of dope to see him in ATL with Trae Young,” Williams said.

The 2019 NBA Draft lottery takes place on May 14. Until then, we’ll endlessly speculate about where Williamson will land.

At this point, everyone assumes the team that lands the top spot will, in fact, take Williamson, who was recently compared to Michael Jordan by none other than Jerry West.

It’s worth pointing out that New York isn’t the only franchise that we fear could be a bad fit for the amazingly talented Duke product.