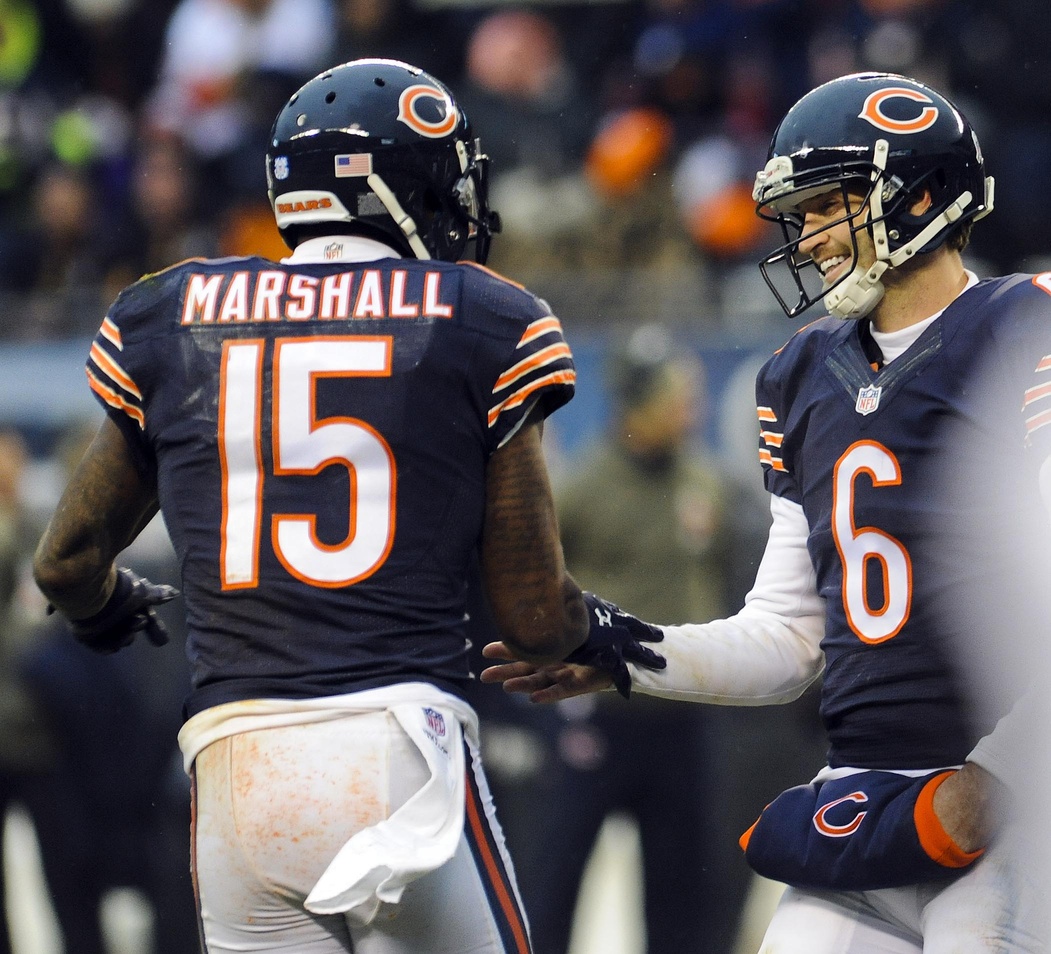 “No one really likes their ex-girlfriend just after a breakup,” said Cutler (h/t NFL.com). “He’s fine and he’s been like that for as long as I’ve known him. He’s an incredible player, he did a lot for us here, it just didn’t work out. I could’ve been the guy that got shipped out of here as well.”

Cutler’s remarks come due to comments the New York Jets receiver made regarding the lack of team chemistry last year. Taking the high road, Cutler could have directed some strong words at Marshall, who was traded to the Jets this past spring. Additionally, Marshall took aim at Cutler when he recently said Kyle Orton was the best quarterback he’s played with.

Instead of easily hurling an insult, Cutler had this to say about his former receiver:

“New staff, new GM, you just never know what’s gonna happen. He’s gonna do well with the Jets and I know he’s in unbelievable shape, I’ve seen him work out in Chicago a little bit, so he’s gonna do well.”

We have to wonder if Cutler’s niceties will find their way over to Marshall’s camp.

Sometimes speaking ill of an ex does come back to bite you in the back end. Cutler likely saw no benefit to engaging in that type of back and forth.