Jason Witten wants to play in 2020, prepared to leave Cowboys 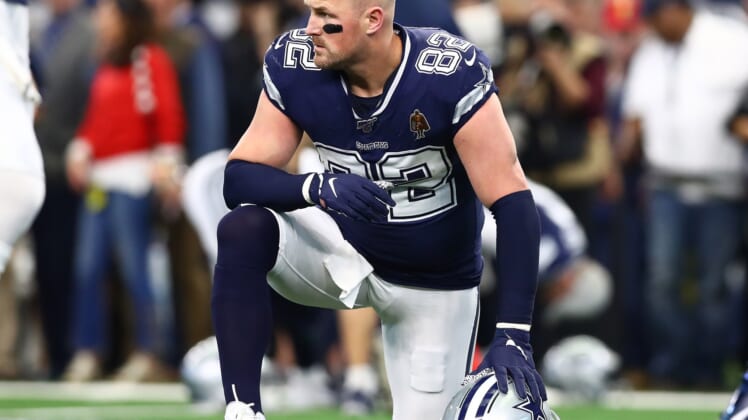 Jason Witten has spent his entire 16-year NFL career playing for the Dallas Cowboys. Given the 38-year-old’s desire to return for the 2020 season, he now knows it might mean playing elsewhere.

Witten told ESPN’s Todd Archer that he intends to return to the NFL for his 17th season. While he’d love to return to the Cowboys, he is prepared to leave the only organization he’s known if it allows him to keep playing.

“I think I have to be,” Witten said, via ESPN. “Obviously, I’d love to finish it out here, but some of those things are not in your control.”

Witten confirmed that he met with Cowboys head coach Mike McCarthy and Jerry Jones, but those conversations never involved his specific plans for next season and a potential role.

The 37-year-old mentioned near the end of the season that he would like to get into coaching. However, he remains confident in his abilities as a player and isn’t ready to trade in his helmet for a whistle and clipboard.

“I still feel like I have something to give,” Witten said, via ESPN. “I’ve obviously been on the other side of that in the decision to retire. Yeah, I think coaching is in the future, but I want to play while I can. We’ll see where that takes place. Of course I want it to be with the Dallas Cowboys, and I’ll always be a Dallas Cowboy, but I also understand that with all the changes, that I might have to go somewhere else.”

If Witten leaves Dallas, it wouldn’t be a surprise if he looked into signing with the New York Giants. It would give him the chance to reunite with Jason Garrett and play for a team that he historically dominated throughout his career.

Witten has played against every NFL team in his career except Dallas. He is beloved by the fan base and in the locker room, so losing him could be quite the blow in Dallas.