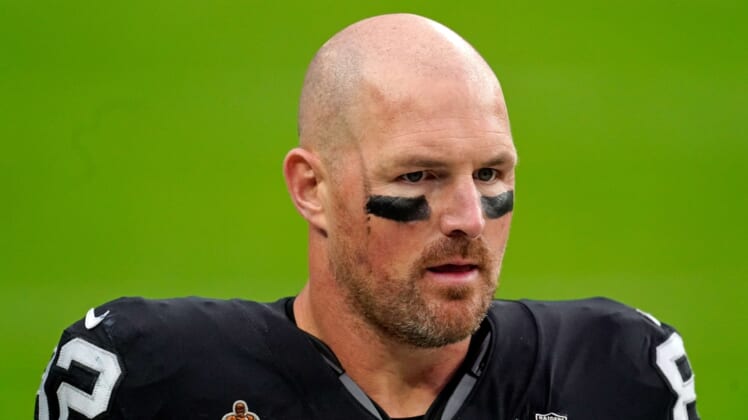 Former Dallas Cowboys great Jason Witten on Monday was named the head football coach at the high school his kids attend in Texas, one week after retiring from the NFL after 17 seasons.

The 38-year-old former tight end is now calling the shots at Liberty Christian in Argyle, Texas.

“Faith. Family. Football,” Witten said in a statement released by the school. “In this next chapter, it is important to me to be the best father and husband I can be, while making a positive impact in the community and share the wisdom I’ve accumulated over the years to positively impact the next generation.”

Witten joins fellow NFL retiree Philip Rivers on the sidelines as a high school football coach. Rivers is the new coach at St. Michael Catholic in Fairhope, Ala.

Witten, 38, spent the 2020 season with the Las Vegas Raiders after 16 seasons (2003-17, 2019) with the Dallas Cowboys. He will become a free agent in March, at which point he will sign a one-day contract with the Cowboys and retire.

The Cowboys selected Witten in the third round of the 2003 NFL Draft.

He played 271 games at tight end, more than any other player at the position, and retired with 1,228 catches, 13,046 yards and 74 touchdowns scored. He is fourth all-time in the NFL in receptions behind wide receivers Jerry Rice and Larry Fitzgerald, and Tony Gonzalez.

Witten also played in a franchise-record 255 games with the Cowboys, including a team-record 245 starts.

He was a two-time All-Pro and 11-time Pro Bowl selection.