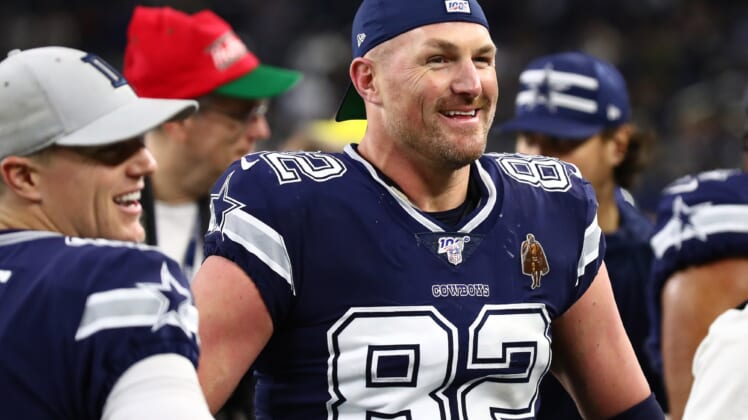 The Dallas Cowboys are entering somewhat of a breaking point heading into Week 17. At 7-8, Dallas needs to defeat Washington and watch the Giants knock off Philadelphia to earn the NFC East title.

A ton of big-name candidates have been bandied about as options to replace the embattled Garrett.

As of yet, that list has not included current Cowboys tight end Jason Witten. When asked about whether coaching is in his immediate future, the Hall of Fame candidate candidly indicted it’s something he’d be interested in doing. His answer to the next question was even more eye opening.

When asked specifically about a potential opening in Dallas, Witten refused to answer and simply left the locker room.

This is something else. Other Cowboys players have refused to speculate on Garrett’s job status and a potential opening in Dallas. By openly talking about his interest in coaching, Witten has bucked the trend to an extent.

Having returned from a one-year hiatus to broadcast games, Witten had previously been linked to the Tennessee Volunteers head coaching opening.

Though, the veteran has no experience at any level. Making the jump to being a head coach in the NFL would be rather risky.

The likelier scenario here is that Witten would take a job as a position coach and work his way up from there.