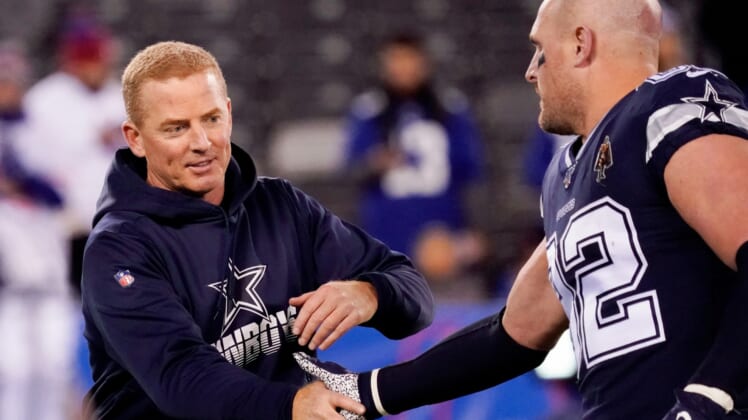 Dallas Cowboys tight end Jason Witten spent the majority of his career being coached by Jason Garrett. Now that Garrett is working for the New York Giants, the Cowboys’ legendary tight end might be considering a move to join the team’s rival in New York.

According to ESPN’s Chris Mortensen, Witten is interested in continuing his football career and the opportunity to be coached by Garrett could particularly interest him.

The 37-year-old tight end came out of retirement before the 2019 season to return to Dallas. In his 16th season with the Cowboys, Witten hauled in 63 receptions for 529 receiving yards and four touchdowns.

Witten has dominated the Giants throughout his NFL career. In 32 games against them, he recorded 165 catches with 1,641 receiving yards and 16 touchdowns.

A move to New York would also allow Witten to play against the Cowboys for the first time in his career, which would mean he played against all 32 NFL teams.

While it remains just speculation, for now, Witten leaving the Cowboys to join Garrett and the Giants would be one of the best storylines of the upcoming NFL offseason.