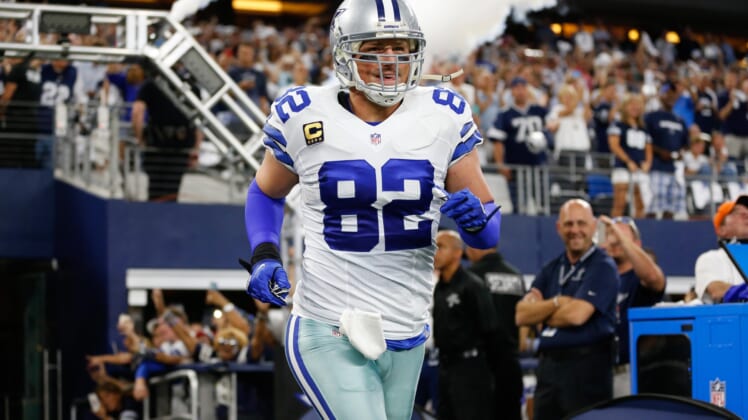 Already in possession of the Dallas Cowboys’ all-time mark for catches, future Hall of Fame tight end Jason Witten broke the franchise record for receiving yards with an 11-yard catch against the New York Giants on Sunday night.

By doing so, Witten surpassed Michael Irvin’s 11,904 yards for the most in Cowboys history. He’s also just nine scores away from breaking the Cowboys mark for receiving touchdowns.

A third-round pick of the Cowboys back in 2003, Witten has represented consistency and an elite-level of play over the course of what will ultimately become a Hall of Fame career. This new record is just the latest example of just how good Witten has been for a long period of time.