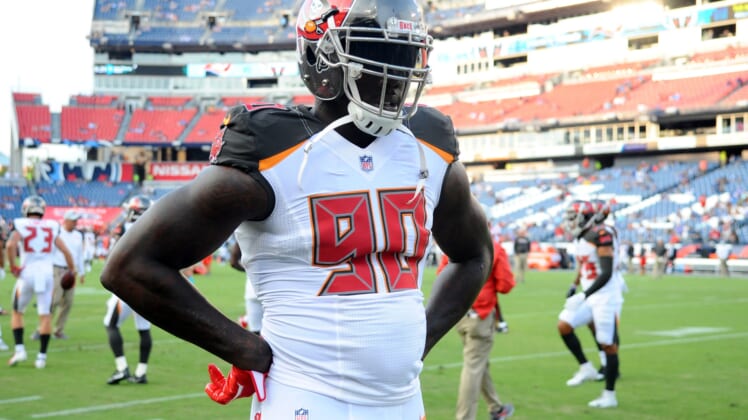 Jason Pierre-Paul is not ready to play football, but the Tampa Bay Buccaneers star pass rusher is back with his team and out of his neck brace.

Pierre-Paul suffered a fractured vertebrata in his neck during a single-car accident in May, and until recently he’s been wearing a heavy neck brace as his body heals.

A couple of days ago, Pierre-Paul shared a video on his Instagram account showing he no longer is wearing the brace.

Then on Tuesday, Pierre-Paul was at practice sans neck brace.

Jenna Laine of ESPN reports the team is still keeping Pierre-Paul on the non-football injury list for now, and that what is next is “to be decided.”

The most recent reported updates on any timeline for Pierre-Paul indicated he won’t be healthy enough for football until November. At the least, it appears he’s well on his way to a full recovery, even if he won’t play any time soon.