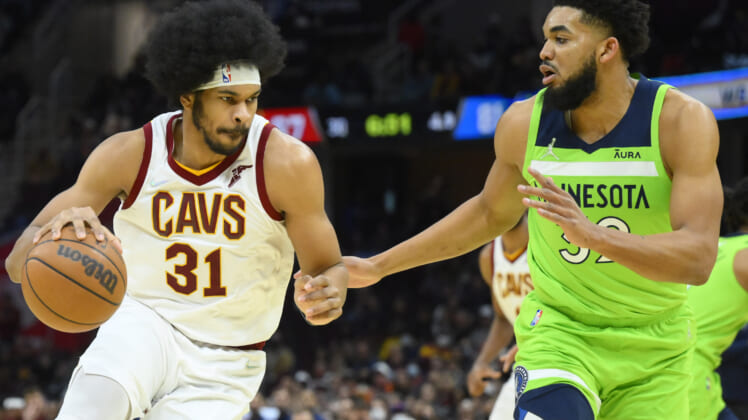 Cleveland Cavaliers All-Star center Jarrett Allen has been out since all the way back on March 6 after suffering a fractured finger.

Acquired from the Brooklyn Nets in the blockbuster multi-team James Harden trade at the start of the 2020-21 season, Allen has been a godsent for a talented young Cavaliers squad.

Fortunately for Cleveland, there’s now a decent chance that Allen will be able to go in Friday’s do-or-die play-in game against the Atlanta Hawks.

According to Shams Charania of The Athletic, Allen is listed as questionable for the game and will attempt to play.

Allen, 23, remains one of the most-underrated bigs in the game. In the 56 games he suited up for Cleveland during the regular season, the team boasted a 30-26 record. The Cavaliers were 14-12 with him sidelined and hobbled down the stretch with the All-Star out of action.

Cleveland fell to the Brooklyn Nets in its first play-in game, losing out on the seventh seed in the Eastern Conference. The team now must take out the Atlanta Hawks at home Friday evening if it wants to earn a playoff spot and a Round 1 matchup against the conference-best Miami Heat.

Potentially having Allen back would be an absolute boon for the upstart Cavaliers. When clicking, the combination of Jarrett Allen and Rookie of the Year candidate Evan Mobley is an unstoppable force in the frontcourt. The two combined to averaged 31.1 points, 19.1 rebounds and 3.0 blocks during the regular season.

Their presence also opens things up for All-Star guard Darius Garland, who still performed well with Jarrett Allen sidelined for the aforementioned loss to Brooklyn. The youngster shot 13-of-24 from the field, scoring 34 points in the process.