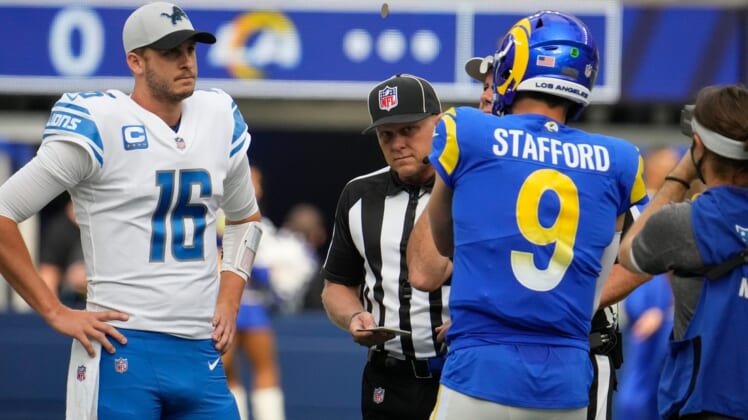 Goff was traded to the Detroit Lions along with two first-round draft picks in exchange for Stafford in March. Goff made his remarks to Bally Sports as the Rams prepared to face the Cincinnati Bengals on Sunday.

“I’m happy for those guys because I know how hard they’ve worked, and they deserve it,” Goff said. “Of course, as a human, you feel like you can be missing out at times. But I think about, if I was in that situation, how would they feel about me? They’d be equally as thrilled for me.

“It’s something that you wish you could be a part of in your own right with the Lions, but we’re not right now — and watching them do it is just another part of the journey.”

Goff, 27, played his first five NFL seasons with the Rams, who drafted him No. 1 overall in 2016. He was 42-27 as a starter in the regular season and led Los Angeles to Super Bowl LIII, a 13-3 loss to the New England Patriots.

Stafford, 34, passed for 4,886 yards and tied his personal best with 41 touchdown passes in his first campaign with the Rams.

Stafford is 3-0 this postseason with the Rams after going 0-3 in the playoffs in 12 seasons with the Lions.

“Yeah, I’ve always been a huge fan of Matthew’s as a player and as a person,” Goff said. “I know that what he went through the first part of his career was tough, and seeing him battle through that and get his opportunity now, it’s amazing. You root for people like that. It’s impossible not to. And it’s impossible not to root for good things to happen to good people.”