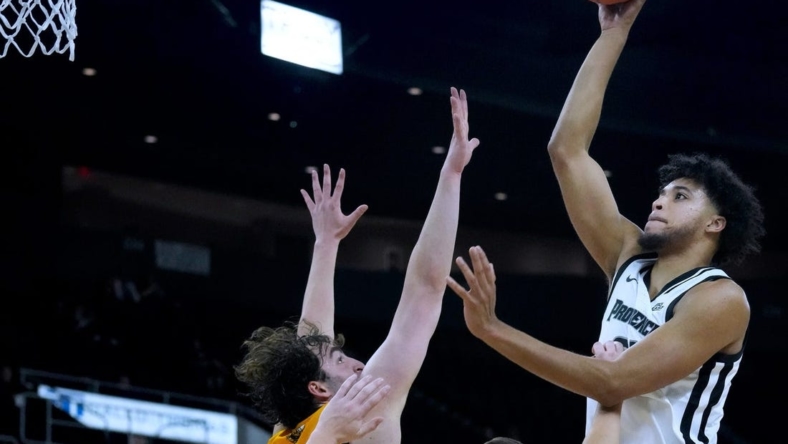 Jared Bynum led all scorers with 21 points and Providence put together a dominant second half to cruise to an 89-65 home victory over Northeastern on Saturday night.

Bynum shot 8-for-12 from the floor and added nine assists and a pair of steals. Clifton Moore added 15 points off the bench, and Noah Locke chipped in 13. Bryce Hopkins supplied 10 points and a game-high seven rebounds.

Forward Coleman Stucke led Northeastern with 17 points, while Jahmyl Telfort and reserve Chase Cormier each finished with 11. The Huskies went 9 of 24 from behind the 3-point line, while the Friars sunk seven of their 13 shots from deep.

The Friars shot 53.8 percent from the field in the first half (14 of 26) and held a 38-36 lead after the opening 20 minutes. Providence never trailed before the break and had a 25-15 advantage — the largest lead of the half — after Devin Carter made a free throw to complete a three-point play with 8:00 left.

Stucke led all scorers with 11 points in the first half.

Providence’s Ed Croswell, who began his college career at La Salle, left the court and headed to the locker room with a finger injury with 9:05 remaining in the first half, but returned to the game. He finished with eight points and four rebounds.