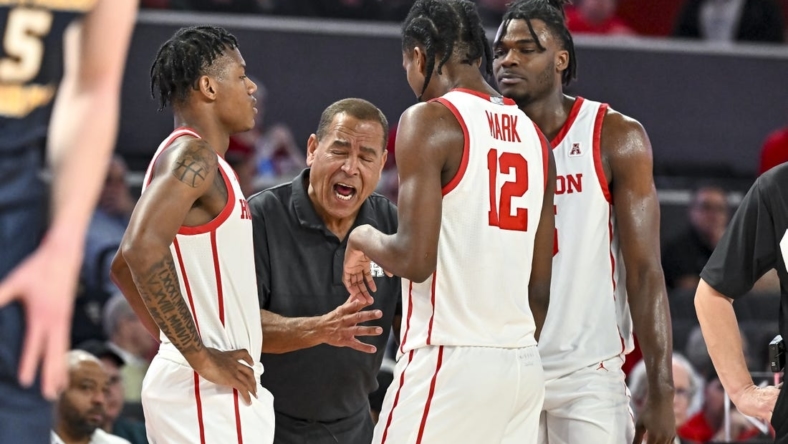 Jarace Walker scored 23 points and J’Wan Roberts added 19 points and 12 rebounds as No. 3 Houston rolled to an 81-55 win over St. Joseph’s on Friday in the Veterans Classic at the U.S. Naval Academy in Annapolis, Md.

Tramon Mark added 12 points for the Cougars (2-0), who took charge early and led by 20 points at halftime. St. Joseph’s cut into the lead through the first nine minutes of the second half but never got closer than 14 before Houston pulled away.

Officials considered stopping the game five minutes into the second half because condensation on the court continually caused players to slip, but they decided to continue after consulting with both coaches. The situation was revisited with 3:24 to play in the game and Houston ahead by 26 points, but the coaches again convinced the officials to continue.

The Cougars wasted no time asserting themselves, scoring 12 of the game’s first 14 points in the game’s initial 3:16. An 8-0 run over a four-minute span in the middle of the half granted Houston a 34-11 advantage, its largest of the half before St. Joseph’s scored the ensuing seven points to cut the margin to 16 points.

A reverse layup by Reggie Chaney at the buzzer stoked Houston’s advantage to 46-26 at the break.

Walker paced Houston with 10 points in the half, as 10 Cougars players saw the court before halftime and eight of them scored. Reynolds had 12 points to lead St. Joseph’s over the first 20 minutes of play.

The Hawks employed a half-court press in the second half and the strategy bothered Houston enough to create six turnovers and hold the Cougars to just seven points over the first nine and a half minutes of the half. But during that stretch St. Joseph’s was only able to cut its deficit to 14 points.