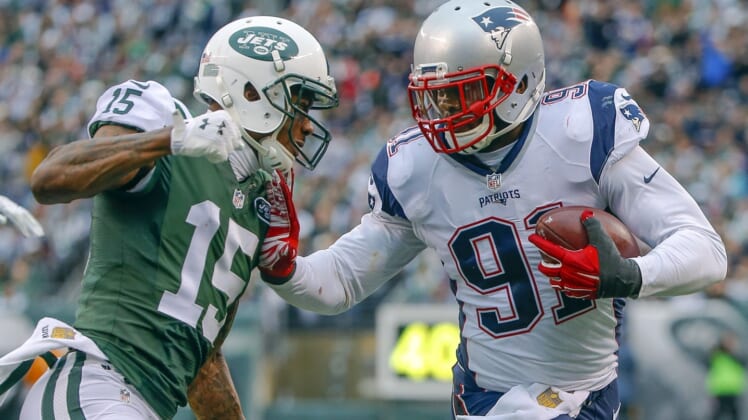 The New England Patriots traded linebacker Jamie Collins to the Cleveland Browns back in 2016 due to a contract impasse. Now they are close to a reunion.

Ian Rapoport of NFL Media reports the two sides are in talks to bring Collins back to New England.

The Browns released Collins in cost-cutting move this offseason.

During his four years in New England, Collins developed into one of the league’s most dynamic linebackers. He continued to rack up tackles, sacks and interceptions in Cleveland. Over the course of his career, he has tallied 494 tackles, 17.5 sacks and seven interceptions.

The Patriots certainly could use an upgrade at linebacker. And Collins has a good history of excelling in Bill Belichick’s system. So this is a natural fit.