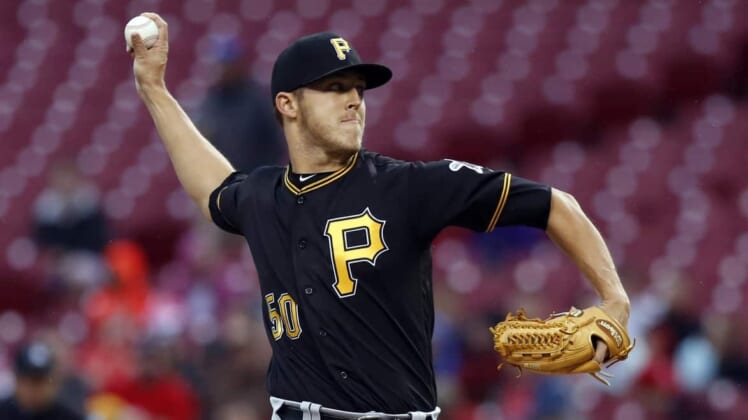 Pittsburgh Pirates pitcher Jameson Taillon was back on the mound for the team’s Double-A affiliate Sunday, less than three weeks after undergoing surgery for testicular cancer.

Pitching three innings for the Altoona Curve, Taillon struck out six, walked one and allowed one hit on 47 pitches.

.@JTaillon19's day is finished after three scoreless innings and six strikeouts@garciayeudy781 coming in for the bottom of the 4th pic.twitter.com/UVSIwjAPVt

Remarkably, Taillon struck out five of his first seven batters, showing no signs of rust after missing time following surgery.

“His fastball velocity sat around 93 mph, which is typical for Taillon, and he used his full complement of off-speed pitches,” wrote Stephen J. Nesbitt of the Pittsburgh Post-Gazettte. “He threw one wild pitch.”

A 25-year-old right-hander, Taillon was 2-1 with a 3.31 ERA in six starts before this health scare rocked his world. A highly touted prospect before making his name in MLB, he was the second overall pick in the 2010 draft behind Bryce Harper.