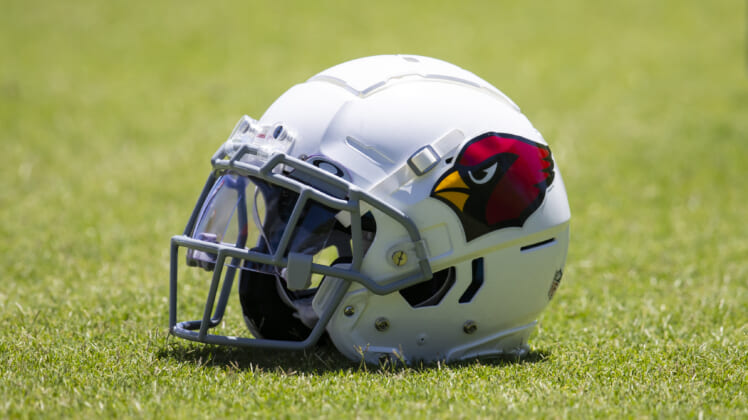 According to Josh Weinfuss of ESPN, Saxon’s charges include a Level 6 felony for allegedly assaulting a woman in front of a child under the age of 16. The charges stem from accusations of an incident on May 7 at a Costco in Indianapolis which carried over to the woman’s home, per ESPN.

ESPN obtained court records indicating that an arrest warrant was issued for Sacon on May 25, only to be recalled on June 8. The Cardinals’ assistant coach later posted a $2,000 bond and a week later was fitted with a GPS monitor and a restraining order was issued against him.

Shortly before the Cardinals’ training camp, the GPS monitor was removed on July 21 despite the state objecting to the ruling, per ESPN.

An assistant coach with 23 years of experience, Saxon is accused of assaulting a woman in front of two children at the home she shares with her mother. According to the probable cause affidavit obtained by ESPN, Saxon allegedly pushed the woman repeatedly a shove that she said caused her to fall into the garage door. The affidavit also states, per the unidentified woman, that Saxon told her “You got your gun? You might as well just shoot me now.”

Saxon remains employed by the Cardinals and is working with the team’s running backs during training camp. In a statement to ESPN, Arizona said it is looking into the matter.

Scheduled for an attorney conference on Aug. 25 to determine a trial date, Saxon could face a range of six months to 2.5 years in prison and might receive a fine up to $10,000 for the Level 6 felony charge. The second charge he is facing is a misdemeanor.