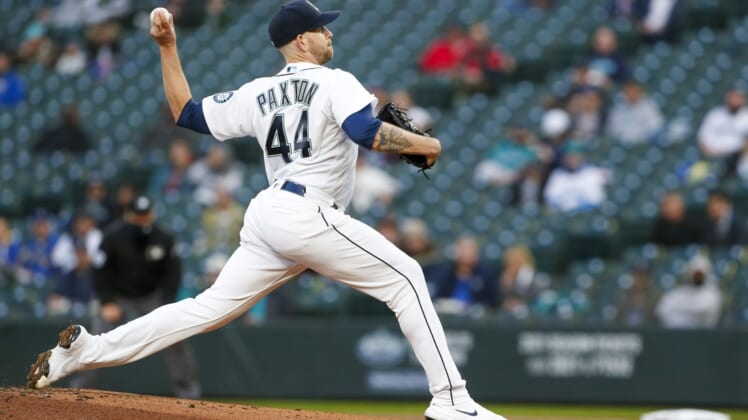 Making his season debut, Paxton had a 1-2 count on Andrew Vaughn when the pitcher grimaced after throwing his 24th pitch of the night and walked off the mound after a short chat with a trainer.

Paxton retired the side in order in the first inning. He walked Yoan Moncada leading off the second before a wild pitch advanced the runner to second. Yermin Mercedes then grounded out to first base.

Paxton, 32, returned to the Mariners on a one-year, $8.5 million contract this year after spending two seasons with the New York Yankees. Before that, the native of Ladner, British Columbia, played for Seattle from 2013 to 2018.