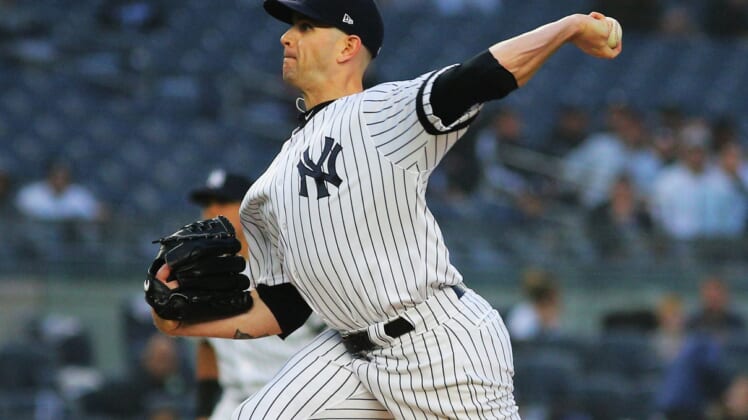 After experiencing a scare following a Friday start during an extended spring training game, New York Yankees pitcher James Paxton is on the mend.

Speaking to reporters on Sunday, Yankees manager Aaron Boone said that Paxton had a good workout, that he will fly to New York Sunday night to join his teammates and could potentially re-join New York’s rotation by Wednesday.

Getting Paxton back in the rotation would obviously be a boost for the Yankees. Remarkably, they have withstood an incredible barrage of injuries since spring training and sit in first in the A.L. East with a record of 34-17.