The university, which won the FCS national championship in 2016 and appeared in two subsequent title games, will join the Sun Belt before July 1, 2023.

Currently a member of the Colonial Athletic Conference, James Madison will compete in 18 sports in the Sun Belt. The women’s lacrosse team won the national championship in 2018.

James Madison, in Harrisonburg, Va., is joining Southern Miss, Old Dominion and Marshall as new members of the Sun Belt, which now will have 16 members.

“We are thrilled to welcome James Madison University to the Sun Belt Conference,” said Keith Gill, Sun Belt commissioner. “This move brings another strong brand and passionate fanbase into the Sun Belt and elevates the Dukes’ storied football program to the highest level of NCAA competition.” 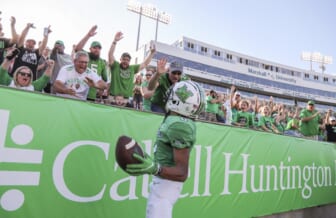