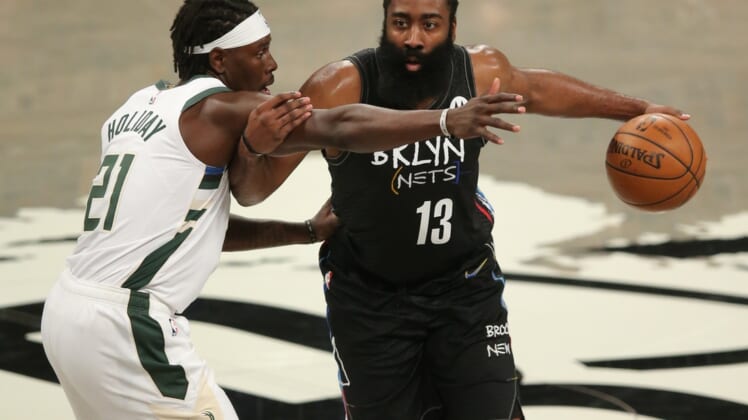 James Harden is out, Jerami Grant and Zach LaVine are in and the Team USA men’s basketball roster is set, according to reports on Wednesday.

Get Up to 60% Off Everything! Including Jeans, band tees, and more, at American Eagle today.

The Athletic reported that Detroit Pistons forward Grant and Chicago Bulls guard LaVine committed to play in the Tokyo Games, which begin July 23.

According to multiple outlets, and pending further adjustments, the full, 12-man roster includes:

The U.S. won the men’s basketball gold medal at the past three Olympic Games, the most recent of which was in 2016 at Rio de Janeiro.

Only Durant and Green return for Team USA from the 2016 group.