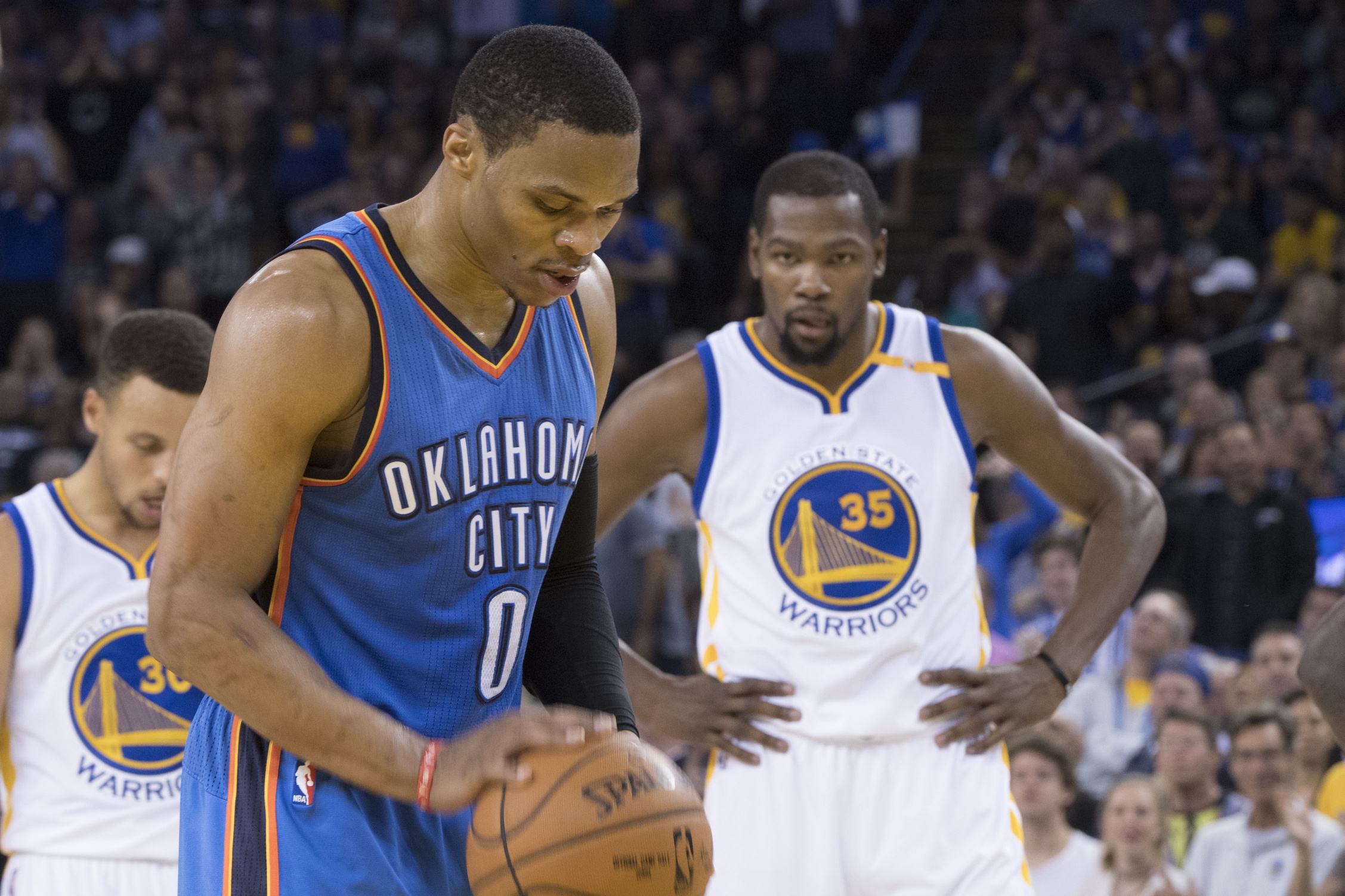 James Harden, Kevin Durant and Russell Westbrook will all be teammates once again when the All-Star Game tips off in New Orleans on Sunday. The three former Oklahoma City Thunder teammates were part of one of the most-talented non-championship teams in recent NBA history from 2010-12.

Now, they rejoin one another with two of them in the midst of a major feud.

Once considered close friends, Westbrook and Durant have not spoken off the court since the latter decided to leave Oklahoma City for the conference-rival Golden State Warriors this past July.

Having played one another this past weekend, it’s rather clear that Russ and Durant simply are not in a good place.

For his part, Harden — now a member of the Houston Rockets and a true MVP candidate, really doesn’t know what is happening here.

Durant signed with Golden State mere months after the Warriors overcame a 3-1 series deficit against Oklahoma City in the Western Conference Finals. That surely plays a role in what is happening here.

It will definitely be interesting to see how the entire dynamic plays out come Sunday in New Orleans. Look for Western Conference head coach Steve Kerr to put Russ and Durant in the game at the same time in order to help them overcome this feud. Whether that happens is anyone’s guess. But we are with Harden in wondering exactly what is happening.