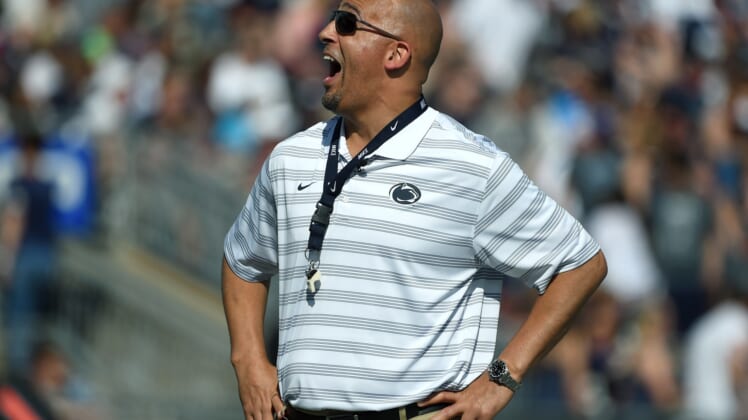 James Franklin won’t on the market for any of the new jobs opening up in college football soon, as he’s announced a six-year extension to stay at Penn State.

The head coach shared his news on Twitter Friday:

Franklin expressed gratitude to be able to work at a “university where the administration cares as much about what happens in the classroom and in the community as it does about wins and losses.”

Since taking the job at Penn State back in 2014, Franklin has developed the program back into a national powerhouse. Starting in 2016, the program started to challenge Ohio State as the best team in the Big Ten. And since that season, Franklin has led the Nittany Lions to a record of 41-11.

Penn State went 10-2 to close out the regular season this year, losing to Minnesota and Ohio State.

Franklin inked a six-year extension back in 2017 as well, and this latest contract extension keeps him at Penn State until 2025.