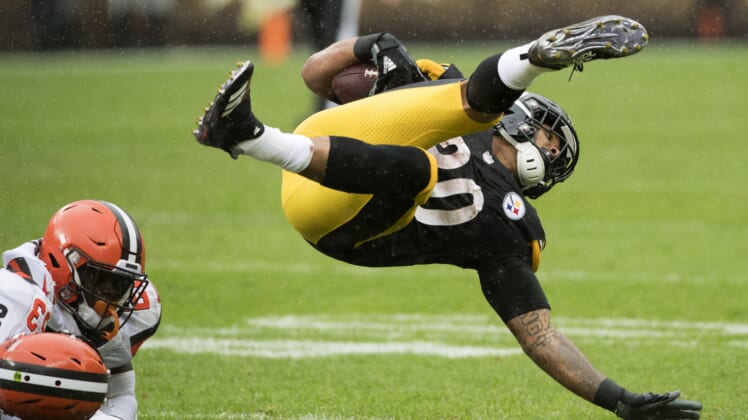 Despite practicing on Friday, it appears James Conner will be hard pressed to play Sunday when his Pittsburgh Steelers take on the New England Patriots.

The running back missed Pittsburgh’s last game due to an ankle sprain suffered in the team’s Week 13 game against the Los Angeles Chargers. Initially thought to be a minor injury, it was deemed a bit more serious after additional testing, and now it appears it will cost Conner two games.

Ian Rapoport of NFL Media reports Conner “is unlikely to play” Sunday, but “should be good to go in Week 16.”

The last game without Conner was frustrating for Pittsburgh’s offense, as running backs Jaylen Samuels and Stevan Ridley failed to pick up the slack.

On the season, Conner has tallied 1,376 yards and 13 touchdowns from scrimmage.