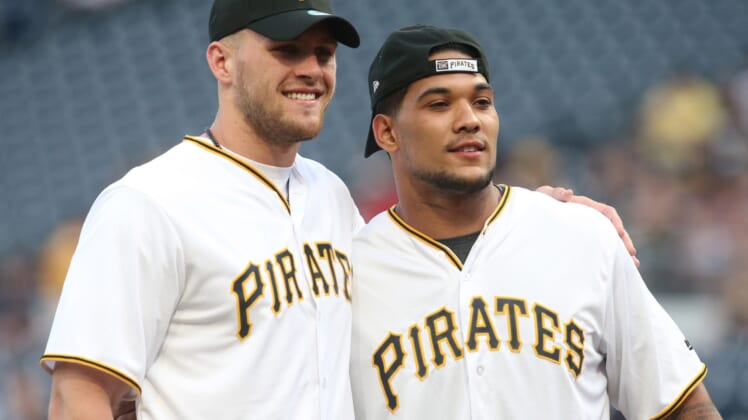 According to the latest sales report, Pittsburgh Steelers rookie running back James Conner’s jersey ranks No. 2 among all sales at Dick’s Sporting Goods. The only higher-selling jersey is that of New England Patriots quarterback Tom Brady.

Brady has become even more popular than ever since overcoming a ridiculous four-game suspension to lead the Pats to their fifth Super Bowl victory last season. That he leads all sales isn’t surprising at all.

Conner selling jerseys like hotcakes, on the other hand, is a bit of a shocker.

The former Pitt star garnered a huge fanbase when he overcame his battle with Hodgkin lymphoma in 2015. Per a report by ESPN’s Jeremy Fowler, the videos Conner posted of himself wearing a medical mask, practicing with his college team at Pittsburgh, went viral.

He is now cancer free and is the expected backup to Le’Veon Bell after being selected 105th overall by the Steelers in April.

Conner spoke about his opportunity to start his NFL career in his home city of Pittsburgh.

“It’s a dream come true,” Conner said per Fowler. “They gave me the opportunity of a lifetime, and they are going to get a hard worker and a great football player.”

Conner played four college seasons at Pittsburgh, tallying 3,733 rushing yards and 52 touchdowns at an average pace of 5.6 yards per attempt. He also revealed that he played some of last season while not even close to 100-percent healthy.

His story is quite amazing. And, how cool will it be for Conner to see thousands of fans wearing his jersey when he suits up and hits the field this fall?