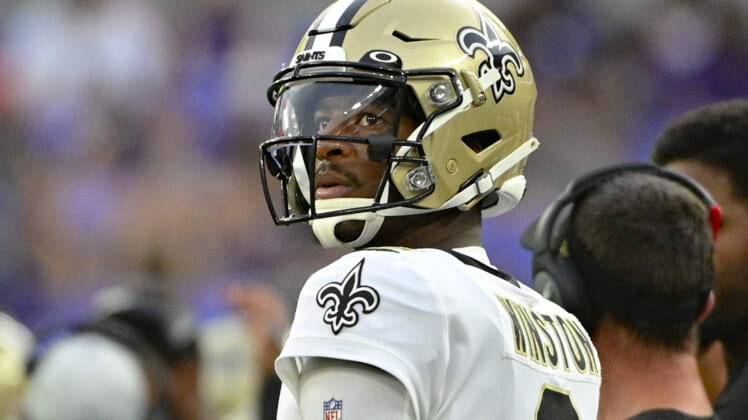 Ahead of Monday night’s preseason game, New Orleans Saints head coach Sean Payton indicated that Jameis Winston was involved in a battle with Taysom Hill to be the team’s Week 1 starting quarterback.

This isn’t a surprise. Payton has played it close to the vest during the summer. However, there’s a ton of people calling for Winston to get the opportunity to start once the regular season opens.

Those Winston supporters were rewarded early during Monday’s game against the Jacksonville Jaguars. In just his fourth pass of the game, Jameis Winston hit Marquez Callaway on a 43-yard touchdown strike. It was perfectly thrown in between two Jaguars defensive backs.

That’s what Winston brings to the table. The ability to take the top off the opposing defense. This perfectly thrown touchdown strike is a prime example of that.

In fact, an argument could be made that New Orleans’ offense struggled to generate these types of plays under the recently-retired Drew Brees over the past couple seasons. It’s a new dimension that Jameis Winston offers.

As for the game, the former No. 1 pick completed all four of his attempts for 66 yards on the opening touchdown-scoring drive.