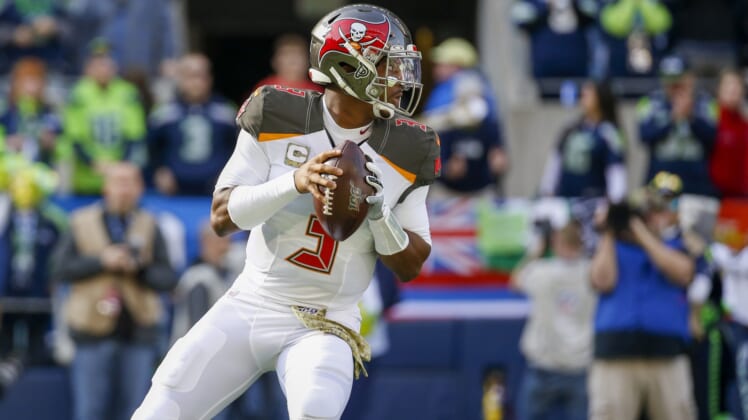 Coming off his fifth multi-interception game of the season, the Tampa Bay Buccaneers needed quarterback Jameis Winston to get out to a hot start. Instead, he resumed his turnover-prone ways with a disastrous interception.

After watching the Atlanta Falcons drive down the field to take a 3-0 lead, Winston wanted to respond quickly on the opening drive. His eyes locked in on receiver Mike Evans and threw the ball right to Falcons cornerback Desmond Trufant for the interception.

Winston already entered with a league-high 18 interceptions and he’s quickly adding to the worst total in the NFL. If this continues, it won’t take long before he records his sixth multi-interception game this season.