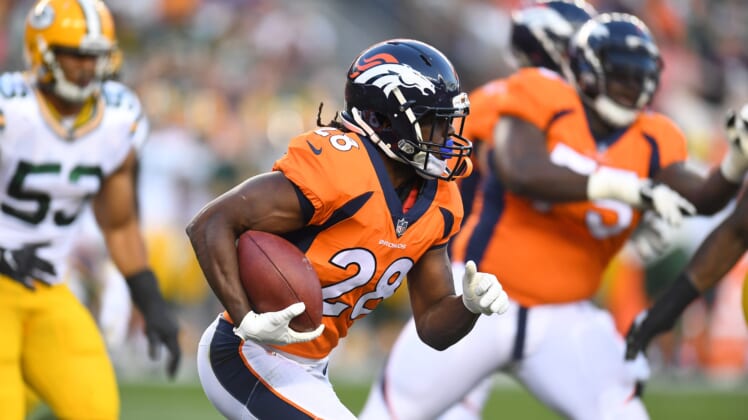 It’s been a long road back for Denver Broncos running back Jamaal Charles, who was once one of the most dynamic players in the NFL.

On Sunday against the Buffalo Bills, the former Kansas City Chiefs star put the ball into the end zone for the first time as a member of the Broncos. It was also his first touchdown in nearly a year, his last coming in October of 2016 against the Oakland Raiders.

Multiple knee injuries derailed Charles the past couple of seasons. He was released by the Chiefs this offseason, and at one point it was thought he might end up being cut by the Broncos.

All that is in the rear-view mirror now for Charles, who is officially back to his old tricks. And we couldn’t be happier for him.