Jalen Wilson’s 33 helps No. 6 Kansas get past Southern Utah 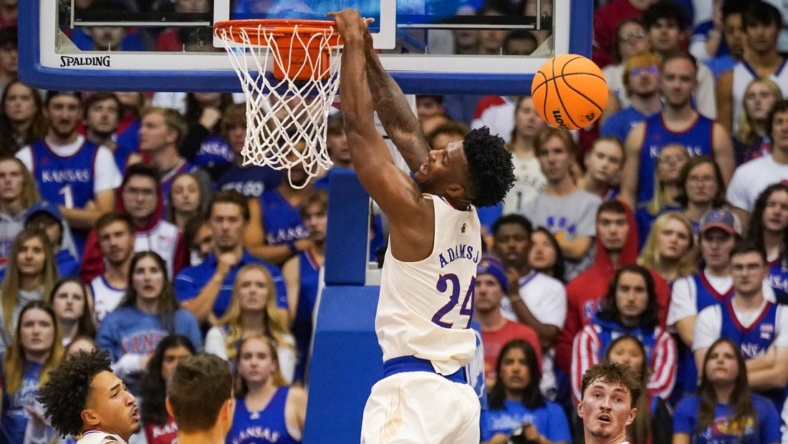 Jalen Wilson had a career-high 33 points as No. 6 Kansas held off a pesky Southern Utah squad 82-76 Friday night in Lawrence. It was the second straight game that Wilson has set a career high in points, after pouring in 25 against Duke.

Wilson had 19 of his points in the second half.

The Jayhawks (4-0) played their fourth and final game without head coach Bill Self, who was serving a four-game suspension imposed by the university related to the NCAA case involving KU basketball.

Southern Utah (3-2) stayed in the game in the second half by crashing the boards. They outrebounded the Jayhawks 45-41, including 14-6 on the offensive end.

Even after Kansas went on a 9-2 run to open its largest lead of the game, Southern Utah answered, scoring the next two baskets. At the final media timeout, the Jayhawks led 69-67. Kansas opened up a six-point margin, but the Thunderbirds cut it to 77-76 with just over a minute remaining.

The Jayhawks got 18 points from Dick and 14 from DaJuan Harris.

Southern Utah was led by Tevian Jones with 25 points. Maizen Fausett added 14 and Harrison Butler had 12.

Kansas was led in the first half by Wilson with 14 points and Dick with 13.