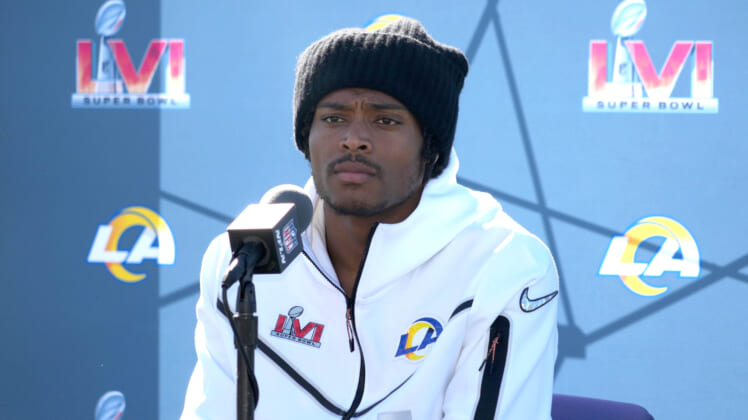 Jalen Ramsey is one of the best recruiters in the NFL. After playing a huge role in convincing Odell Beckham Jr. to join the Los Angeles Rams in 2021 and then convincing Bobby Wagner to sign with them this offseason, Ramsey now has a new target.

In an era where NFL players are making stronger efforts to pitch their fellow stars on teaming up, Ramsey’s salesmanship is among the best in the league. It played a crucial role in the Rams winning the Super Bowl, with Beckham Jr. having a monster first-half performance.

Recognizing his defense could use more reinforcements in the secondary, Ramsey is using the Rams’ fan base to help recruit Tyrann Mathieu to Los Angeles.

It’s not exactly like this defense is in desperate need of help. It finished the 2021 season atop NFL defense rankings and will be one of the elite units this fall. Wagner already filled a void at linebacker that his team has had for years. But that’s not enough in Ramsey’s eyes.

Mathieu surprisingly remains a free agent months into the NFL offseason. A Pro Bowl selection in 2021, the Kansas City Chiefs quickly moved on from him and there hasn’t been any strong indication that a deal with any NFL team is imminent.

While the Rams don’t have much cap space and they need long-term flexibility to sign contract extensions with Cooper Kupp and Aaron Donald, there is a little room to add Mathieu to the payroll. It would take the veteran defensive back agreeing to a discount, but it would also offer him a shot to join one of the best teams in the NFL.

It remains to be seen whether or not Ramsey’s recruiting efforts will work, but his history of success and everything the Rams have to offer suggests there is a possibility this happens.