Jalen Ramsey, Marcus Peters get into it after ‘Monday Night Football’ 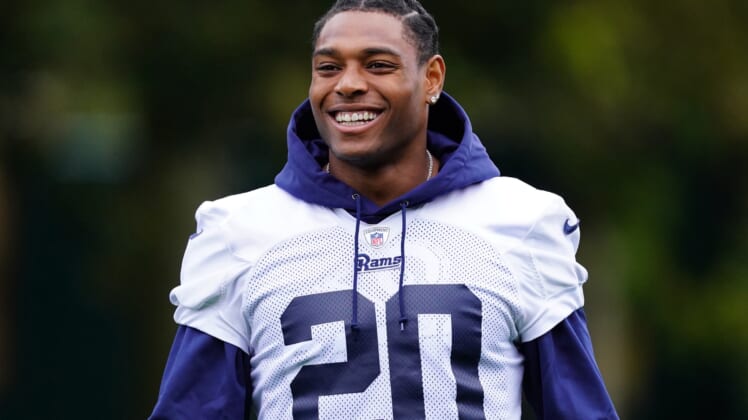 The Los Angeles Rams have to be frustrated following an embarrassing 45-6 home loss to the Baltimore Ravens on “Monday Night Football.”

As good as this game was for Lamar Jackson and the Ravens, it was equally as ugly for Los Angeles.

Following the game, new Ravens cornerback Marcus Peters got into it with new Rams defensive back Jalen Ramsey in a battle between two Pro Bowlers.

While the two did not go to blows, the backdrop to this incident is rather interesting.

Peters was traded from the Rams to the Ravens back on Oct. 15. Hours later, Los Angeles acquired Ramsey from the Jacksonville Jaguars in a blockbuster trade.

It seems that neither player forgot about that now-infamous October day. Hurt feelings likely played a role here as Peters made his return to Southern California.

At the very least, it did not escalate to the levels we saw less than two weeks ago in another nationally televised weeknight game. That’s a good thing.