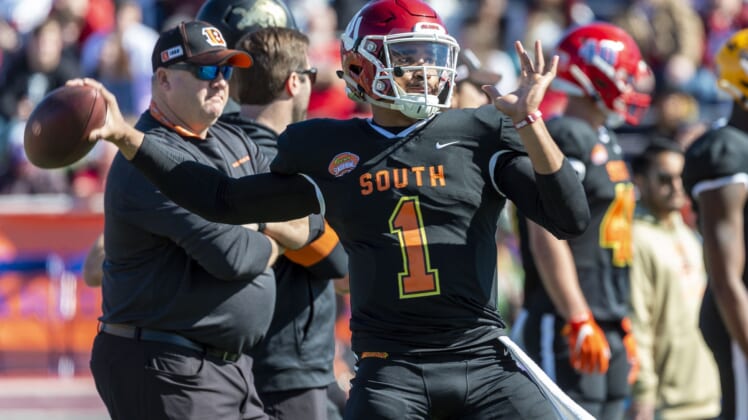 Jalen Hurts lost his grandfather on Jan. 13. The funeral was on Wednesday, but Hurts had committed to the Senior Bowl and made a tough choice.

Tom Pelissero, reporting live from the sideline Saturday during the Senior Bowl, explained how Hurts felt his grandfather would have wanted him to follow through with his commitment this past week, and so on Wednesday when the funeral was taking place the quarterback was in Mobile practicing with his peers instead.

Pelissero also noted how it’s been an extremely emotional week for Hurts and his family, and that’s completely understandable.

On a positive note, not all the emotions have been hard to deal with. Hurts was honored early in the week with a special dual-team helmet that he’s wearing during the Senior Bowl that features both the Alabama Crimson Tide and Oklahoma Sooners.

As for his future, Hurts is facing an uphill climb as there’s a negative perception about his ability to play quarterback at a high level in the NFL.