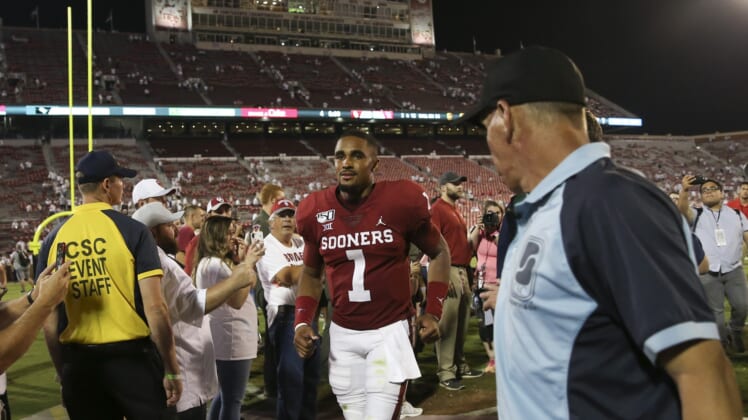 Carrying on the tradition he was steeped in during his time with Nick Saban, Jalen Hurts isn’t interested in consuming any of the “rat poison” dealt out by the media.

Hurts and the Oklahoma Sooners, fresh off their impressive showing Sunday night against Houston, are now tasked with taking on FCS foe South Dakota.

When asked what lessons he takes from his time at Alabama about staying motivated for an FCS opponent, Hurts said, “We treat every game the same. We’ll let y’all handle the rat poison,” per John E. Hoover of The Drive.

That’s just awesome. Lane Kiffin would be so proud.

Truly, it seems like Hurts took some wisdom away from his time at Alabama. We expect the Sooners to roll over their Week 2 opponent, because Hurts Lincoln Riley are not going to go into the game with a lax approach.