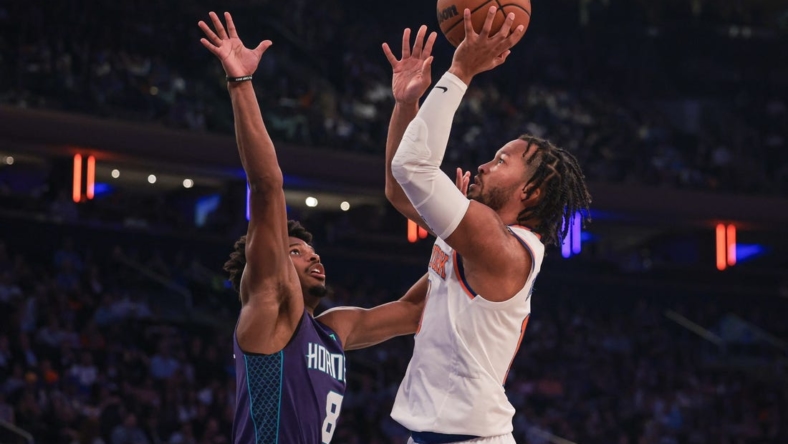 Jalen Brunson scored six of his 27 points in overtime as the New York Knicks recovered after relinquishing a fourth-quarter lead to beat the visiting Charlotte Hornets 134-131 on Wednesday night.

The Knicks never trailed after Brunson’s go-ahead 3-pointer with 3:14 to play in the extra session.

R.J. Barrett notched 22 points, Julius Randle had 17 points, Evan Fournier posted 14 points, Derrick Rose scored 12 points and Immanuel Quickley had 11 for the Knicks, who led by 10 early in the fourth quarter. New York is 3-0 at home.

Gordon Hayward paced the Hornets with 21 points and P.J. Washington, Kelly Oubre Jr. and reserve Jalen McDaniels all added 17 for the Hornets, who lost for the first time in three road games. Theo Maledon had 15 points off the bench, while Dennis Smith Jr. posted 14 points and James Bouknight added 13 points.

The Hornets remained without starting guards LaMelo Ball and Terry Rozier along with key backcourt reserve Cody Martin — all out with injuries. Smith Jr., a former Knick, was in the starting lineup and provided 11 assists.

Mason Plumlee’s dunk gave the Hornets a lead that was extended to 120-115. But the Knicks scored five points in a 30-second span to pull even on Brunson’s 3-pointer.

Randle scored in the low post with 49 seconds left to snap a tie only to by matched by Smith Jr. Hayward missed a potential winning shot, so the game went to overtime.

By midway through the second quarter, 10 players had scored for New York and nine reached the scoring column for Charlotte.

The Knicks led 69-62 at the break, scoring the last five points of the half on Quickley’s 3-pointer and Brunson’s short jumper.