Jake Paul flips to favorite ahead of Anderson Silva fight 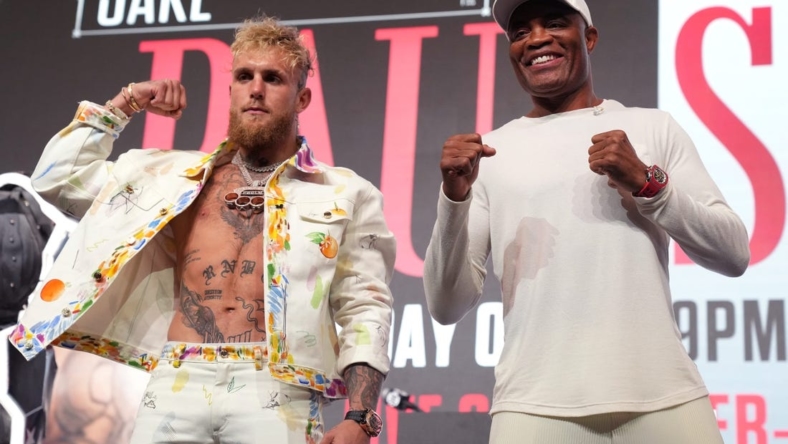 Jake Paul has flipped to a strong favorite at most sportsbooks ahead of Saturday’s highly anticipated fight against UFC legend Anderson Silva.

Paul, who predicted he would knock Silva out in under fight rounds when announcing the fight last month, opened as the favorite before the odds swung in “The Spider’s” favor.

Paul is now the -245 favorite at DraftKings and is being offered at -225 at BetMGM, where the YouTube star-turned-boxer has been backed by 48 percent of the tickets but a lopsided 88 percent of the handle.

Silva is the first fighter with a winning record that Paul has faced. The 47-year-old put together a 34-11 record in MMA and is 3-1 in boxing matches. He defeated Tito Ortiz in September 2021 after a split-decision win over former middleweight titleholder Julio Cesar Chavez Jr. in Mexico City earlier that year.

“He’s really, really good,” Paul said of Silva. “He has a lot more experience. He has the height, the weight and the reach against me. The odds are really stacked against me.”

Paul, 25, is 5-0 with four KOs. He has beaten MMA fighters Ben Askren and Tyron Woodley previously but hasn’t fought since December, with his last two scheduled fights falling apart.

“Jake and I are bringing two generations together,” Silva said. “I don’t believe this affects any of our legacies. It’s about passion and love.”

Jake Paul and Anderson Silva agreeing a bet ahead of their fight on Saturday night. If Silva wins, Jake rematches him in kickboxing. If Jake wins, Silva joins him to start an association to help UFC fighters get better pay and healthcare…

The eight-round bout is the main event at the Desert Diamond Arena in Glendale, Ariz.