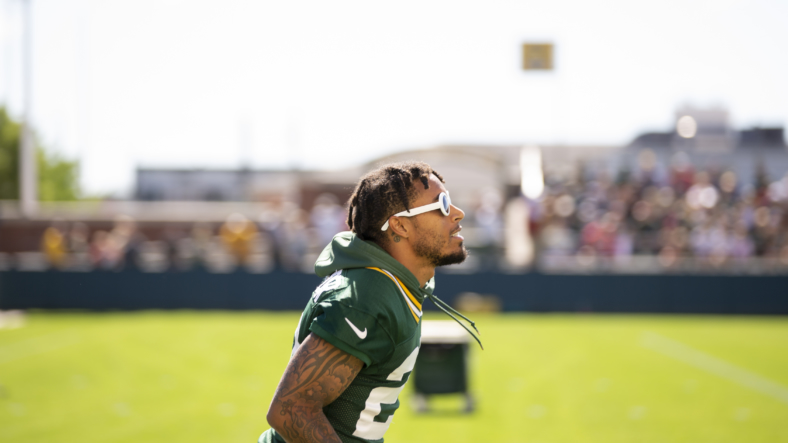 Packers coaches opted to primarily go with young corner Eric Stokes in defending Jefferson despite Alexander’s status as one of the best cornerbacks in the NFL. The idea was to avoid shadowing Jefferson with Alexander.

It blew up in Green Bay’s face with Jefferson dominating to the tune of nine catches for 184 yards and two touchdowns on 11 targets. It was an otherworldly performance from Jefferson in Minnesota’s eye-opening 23-7 home win.

How in the world do you leave one of the game’s best receivers that wide open? There’s blown coverage. Then, there’s this.

Following the game, Alexander took time out of his evening to put Packers coaches on absolute blast for not shadowing Jefferson with him. He did not hold back.

We can point to Aaron Rodgers stuggling to connect with his young wide receivers and the fact that the two-time reigning NFL MVP being sacked four times. We can point to Vikings quarterback Kirk Cousins getting a clean pocket throughout the game.

But in reality, it was Green Bay’s scheme under defensive coordinator Joe Barry that left a lot to be desired here. Jefferson really didn’t need to be the one player to beat the Packers on a consistent basis.

Related: Jaire Alexander and the top 100 NFL players of 2022

Stokes was pretty darn good as a rookie last season. The 2021 first-round pick yielded a 50% completion mark and 71.3 QB rating when targeted. That’s some elite-level stuff.

But there’s a reason Alexander earned a whopping four-year, $84 million contract extension from Green Bay this past offseason. He’s been among the best corners in the NFL over the past few seasons despite missing 13 games to injury a season ago.

Without Alexander in the mix for the two games against Minnesota last season, Jefferson caught 14 passes for 227 yards. That included hauling in eight passes for 169 yards in a home outing against Stokes and the Packers in Week 11. The definition of insanity is doing the same thing over and over again while expecting a different result.