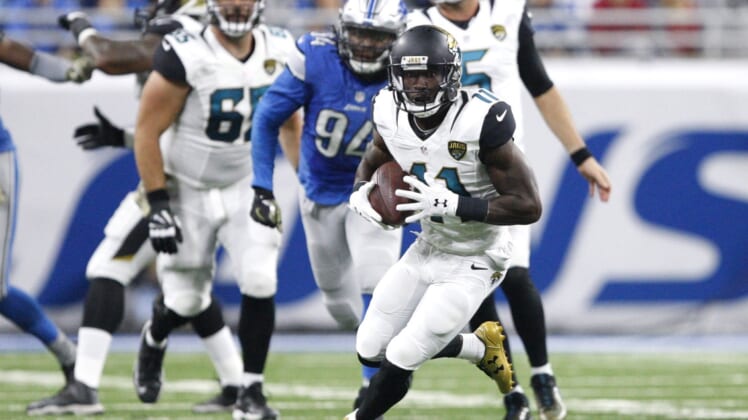 Jacksonville Jaguars receiver Marqise Lee suffered a left knee injury and had to be carted off the field during Saturday night’s game against the Atlanta Falcons.

The receiver had taken a hit from Falcons safety Damontae Kazee, who was penalized for lowering his helmet on the play.

Alright everyone who hates new helmet rule – did this hit deserve a flag? At time I’m typing this, Marqise Lee is still down. #ATLvsJAX pic.twitter.com/rkYEjfl9Pv

The team quickly announced that Lee would not return.

WR Marqise Lee has a knee injury and will not return.

The Jaguars re-signed Lee in free agency this past spring, and he was expected to be an integral player in the passing game.

In four NFL seasons, the former USC Trojan has caught 171 passes for 2,166 yards and eight touchdowns.