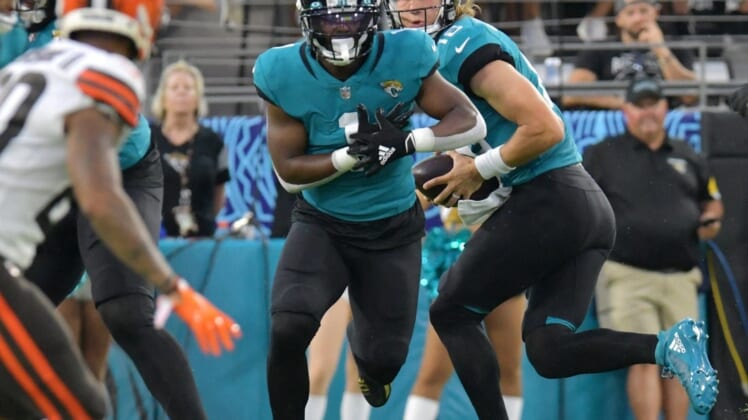 Jacksonville Jaguars running back Travis Etienne has been cleared for all practice activities and will take part in offseason workouts that start Monday, coach Doug Pederson said.

Etienne suffered a Lisfranc injury to his left foot during the second quarter of a 23-21 preseason loss at New Orleans on Aug. 23 and had surgery in September. He landed on injured reserve, ending his rookie season.

Etienne, 23, was selected by the Jaguars with the 25th overall pick in the 2021 draft after they took his college teammate, quarterback Trevor Lawrence, with the No. 1 pick.

Etienne is the all-time leading rusher in Atlantic Coast Conference history after running for 4,952 yards in four seasons (55 games) at Clemson.