Jaguars owner has no plans to relocate team to London 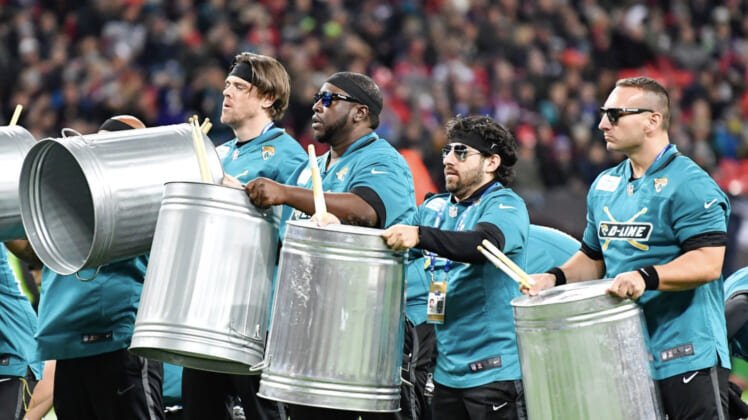 London has been in the news a lot recently after a since-debunked report surfaced earlier in the week that the Los Angeles Chargers were open to moving to the European hub.

Among the teams bandied about, the Jacksonville Jaguars make the most sense. They play an annual home game in London each season, losing to the Houston Texans this past weekend.

However, owner Shad Khan just recently noted that there’s no plans for him to relocate the team to London.

“Well, I think no, there are no plans for us to move the team to London,” Khan told Rich Eisen. This comes amid growing reports that the NFL is looking heavily into the possibility of expanding to London.

As it relates to that possibility, Khan is not yet sold.

“Personally, in my humble opinion, I don’t think it’s anywhere near close to that,”Khan said. “We don’t want to have more games than there’s really organic demand for.”

Jacksonville’s current contract to play an annual game in London ends next season. Though, it will likely be extended. According to Khan, that will be the extent of the team’s relationship with the overseas capital.

Any expansion into London would be a logistical nightmare and would likely lead to realignment.

As of right now, teams get a bye week after playing overseas. West coast teams would be those most impacted. It includes over 10 hours of flight time from Los Angeles.