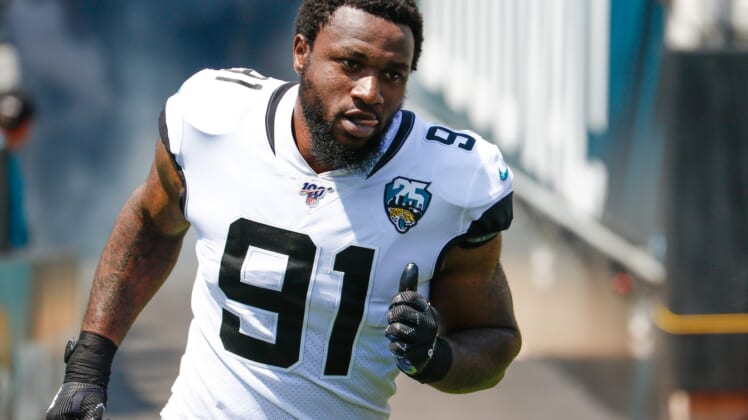 Jacksonville Jaguars pass rusher Yannick Ngakoue has made it a plain as the midday sun that he wants to be traded, but a week ahead of the draft he’s still on the roster.

The latest from the rumor mill indicates the Jaguars are asking for a heck of a lot in return for Ngakoue — perhaps quite a bit too much.

Though, given the dearth of elite talent on the edge outside of Chase Young in the 2020 NFL Draft, it’s not hard to see why the Jaguars are holding out hope that some desperate team provides the king’s ransom they seek.

Ngakoue is clearly a talented pass rusher. As a situational guy in Jacksonville, he’s racked up 37.5 sacks in four seasons. Given the chance to start and play significant snaps, those numbers could potentially swell in the years to come.