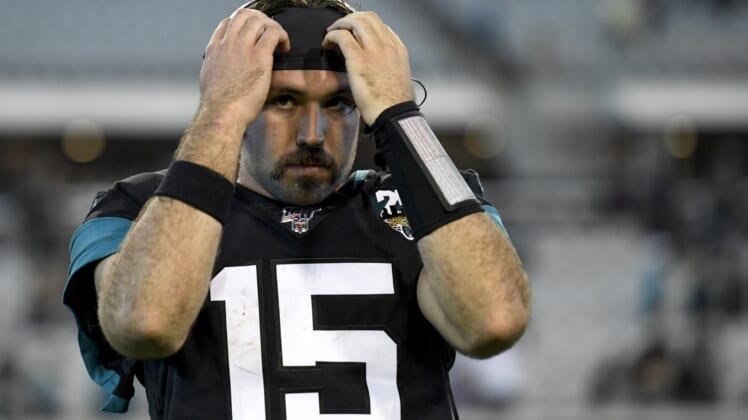 It was just this past weekend that second-year Jacksonville Jaguars quarterback Gardner Minshew was placed on the COVID-19 list after apparently coming into contact with someone who contracted the virus.

Two days later, and the always lighthearted Minshew was activated. He did not test positive for the virus. The former Washington State star is also in good spirits talking about the situation.

That’s pretty much on brand for the hilarious young quarterback. We saw Minshew Mania take over in Jacksonville during a rookie season that included the former sixth-round pick playing exceptionally well.

Though, his off-field antics and social media activity have been the talk of Duval since the Jaguars stole Minshew late in the 2019 NFL Draft.

Following a tremendous initial campaign in the NFL, Jacksonville decided to commit to Minshew as its long-term starter this past spring by trading Nick Foles to the Chicago Bears.

While the Jaguars are not seen as legit playoff contenders this season, it’s going to be fun to watch the young quarterback grow under center.

Minshew, 24, tallied north of 3,600 total yards with 21 touchdowns and just six interceptions in 12 starts a season ago.