Jaguars finally give up trying to trade Leonard Fournette 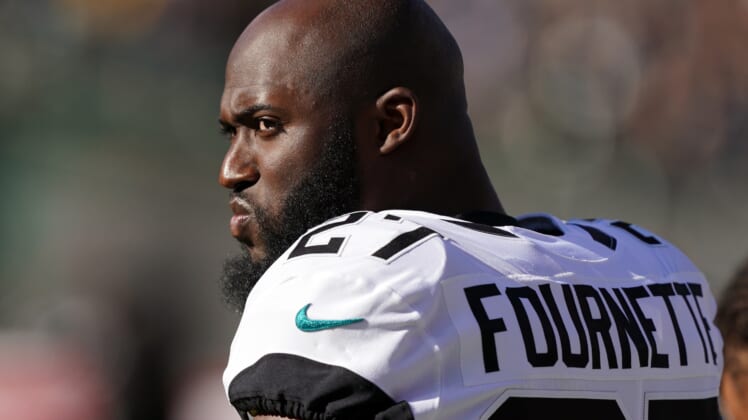 The Jacksonville Jaguars tried to trade running back Leonard Fournette. Oh, how they tried. In the end, there were no takers. And now, the franchise is doing what it can to flip the narrative.

Jaguars GM: Going forward with Leonard Fournette on our team

Speaking with the #PFTPM podcast on Monday (via Pro Football Talk), Jaguars general manager Dave Caldwell minimized the trade talks. He also made it clear that the team is now moving forward with the former first-round pick in 2020.

“There were just some minor discussions with that but nothing substantial throughout the draft or prior to the draft,” Caldwell said. “I think the mindset is that we’re going to go forward with Leonard on the team. I had a good talk with him on Friday. I know Coach Marrone has had some discussion with him. He seems to be in great shape and mental frame of mind, and we feel that he’ll have a great season this year.”

The idea that the Jaguars only had “some minor discussions” about trying to trade Fournette seems to be a stretch. In the end, there reportedly just wasn’t much interest around the league from other teams.

What we do know is that the Jaguars did not pick up the running back’s fifth-year option. That speaks volumes about how the franchise views his ability to contribute long term. The Jaguars were also not happy about comments Fournette made regarding the quarterback position — comments that drew the ire of head coach Doug Marrone.

Last season, Fournette picked up 1,152 yards and three touchdowns rushing, adding 522 yards on 76 receptions. He can still make a difference. But it seems the Jaguars will be content to move on after his contract runs out.