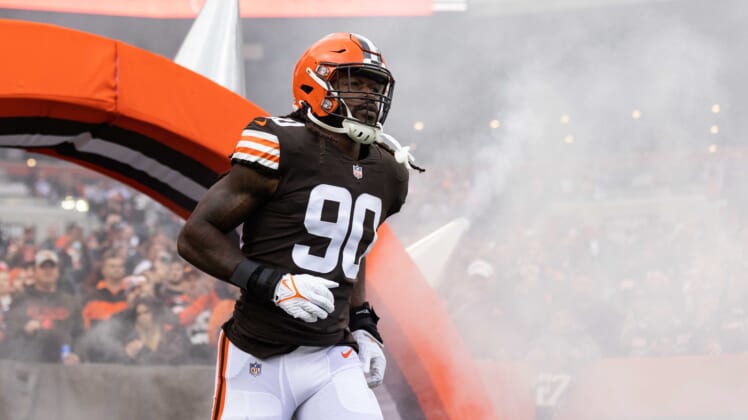 It now seems as if the former No. 1 pick is ready to run it back with Woods and Co. Mary Kay Cabot of Cleveland.com was the first to report on Sunday that Clowney has in fact re-signed with the Browns.

It was then noted that Clowney’s deal is for up to $11 million over one season — a pretty big pay increase from the 2021 campaign.

The No. 1 overall pick of the Houston Texans back in 2014, Clowney had struggled over the previous two seasons in stops with the Seattle Seahawks and Tennessee Titans before signing with Cleveland ahead of the 2021 season. The former South Carolina standout turned it around big time with the Browns.

This represesnted Clowney’s best peformance since he earned his third Pro Bowl trip with the Texans back in 2018.

Impact of Jadeveon Clowney re-signing with the Cleveland Browns

Clowney will once again team up with All-Pro Myles Garrett to form one of the best pass-rush tandems in the NFL. Last season saw Garrett record 33 QB hits, 17 tackles for loss and 16 sacks in what was a career-best performance.

Fresh off the blockbuster trade for star quarterback Deshaun Watson, Cleveland is obviously in win-now mode. It has championship aspirations in 2022.

A lot of that will depend on the success that one of the most-talented defenses in the NFL has this coming season. It starts with the Clowney-Garrett dynamic and extends into the defensive backfield with star cornerback Denzel Ward.