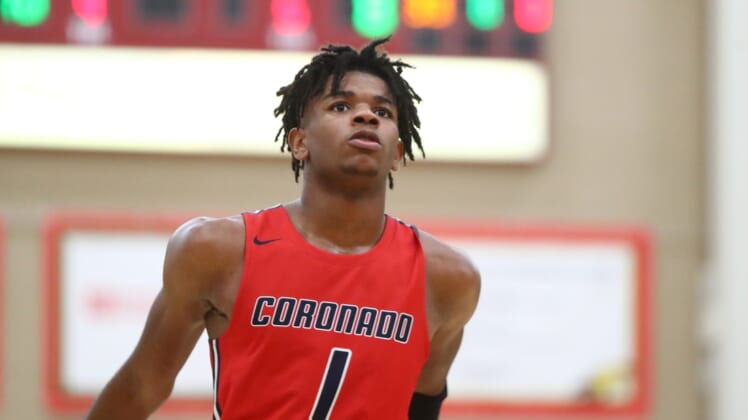 Jaden Hardy, a five-star prospect, will turn down college offers and sign with Ignite of the NBA G League, The Athletic reported.

The 6-foot-4 combo guard said he will announce his decision Saturday at 9:30 p.m. on Instagram.

The 247Sports composite ranks Hardy as the nation’s No. 3 player in the Class of 2021. Ahead of him are top prospect Chet Holmgren, a center who is heading to Gonzaga, and forward Paolo Banchero, who is committed to Duke.

Hardy had offers from about 30 schools across the country and seemed most interested in Kentucky, UCLA and Oregon before deciding to play for Ignite.

In January, he opted out of the rest of his senior high school season in Coronado, Nev. As a junior, he averaged 30.4 points, 9.1 rebounds and 8.4 assists per game and was named Nevada’s Gatorade Player of the Year. He earned McDonald’s All-American honors this spring.

Last month, forward Michael Foster Jr., another five-star prospect and McDonald’s All-American, signed with Ignite. He is ranked No. 17 on the 247Sports composite.

“I’m super ready to learn the NBA game and train like an NBA player from NBA guys while playing for NBA G League Ignite,” Foster said when he signed.

A Milwaukee native, the 6-foot 9 Foster played his final two high school seasons at Hillcrest Prep in Phoenix, where he averaged 32.2 points and 18.4 rebounds as a senior.