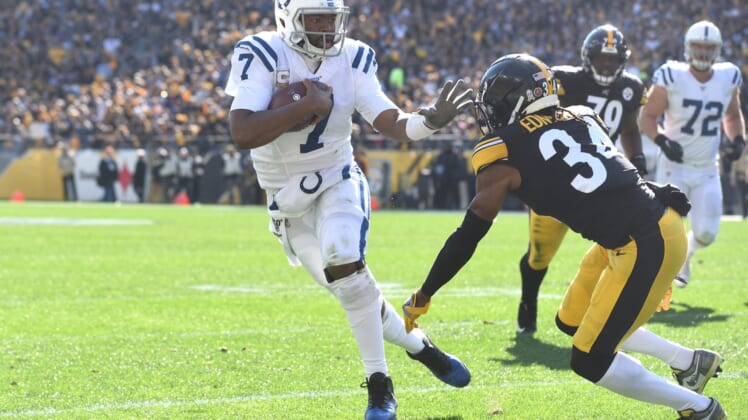 After missing the team’s Week 10 game against the Miami Dolphins, Indianapolis Colts quarterback Jacoby Brissett will return to action and start on Sunday against the Jacksonville Jaguars.

Brissett missed a week of action after suffering an MCL sprain against the Pittsburgh Steelers in Week 9.

The 26-year-old’s return to the lineup will provide a tremendous boost for Indianapolis. He enters Week 10 with a 99.7 quarterback rating thanks to a 14-3 TD-INT ratio with 1,649 passing yards.

It will be a critical AFC South clash on Sunday for the Colts. They currently sit one game back of the Houston Texans for first place in the division and hold a one-game advantage over Jacksonville. The matchup will be tougher, though, with star receiver T.Y. Hilton still sidelined.