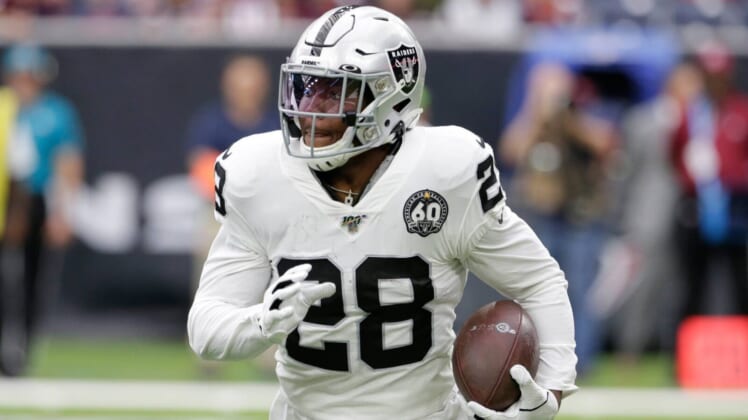 In what should be the first of several offseason awards, Raiders rookie running back Josh Jacobs nabs honors as voted on by the Pro Football. Writers of America.

Raiders running back Josh Jacobs had a special rookie campaign and the men and women who cover the sport noticed.

The Professional Football Writers of America (of which I am a member) voted the former Alabama draft pick their top offensive rookie of the year.

Jacobs, in just 13 appearances, rushed the ball 242 times for 1,150 yards and seven touchdowns. In addition, Jacobs nabbed 20 receptions for 166 yards as the Raiders remained alive in the playoff race late in the season.

In his rookie season in the Silver and Black, Jacobs made history joining Hall of Famer Marcus Allen as the only two players in team history to be named Offensive Rookie of the Year. Jacobs also was the first-ever Raiders back to break the 1,000-yard mark in rushing. He also shattered the record previously held by Allen for most yards rushing in his first eight games. Jacobs also brook Allen’s rookie 100-yard rushing performance record by notching five in 2019.